Today we went on an educational visit to Pizza express. 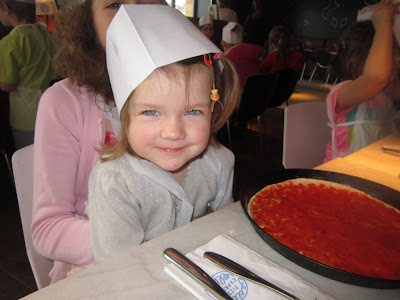 The children were each given a pizza base covered in tomato sauce. 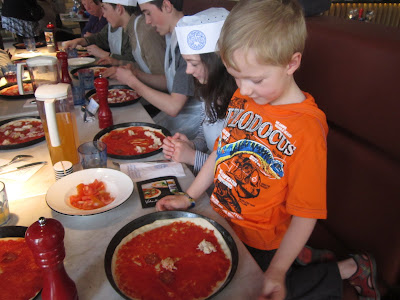 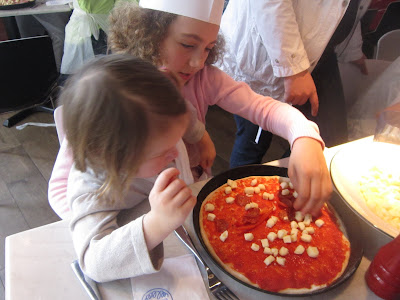 and a handful of cheese. 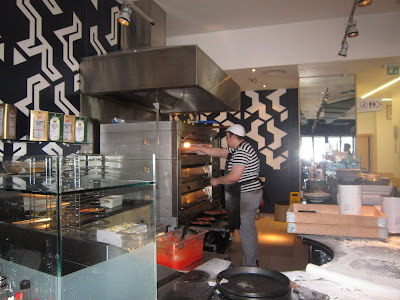 The pizza were cooked in the oven at 400 degrees for 3 minutes.
These ovens come from Sweden and each oven can hold 12 pizzas. 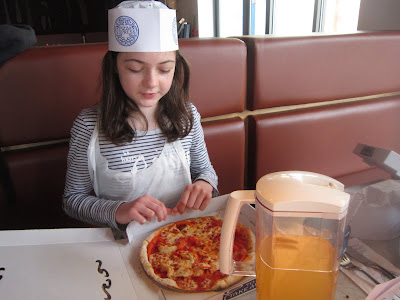 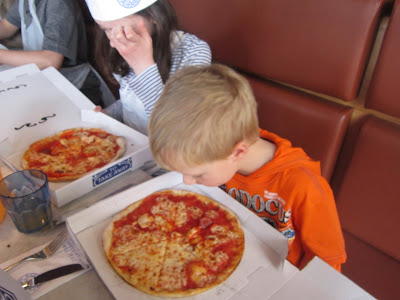 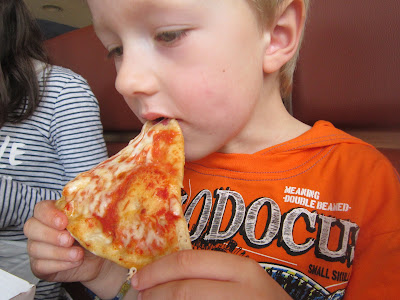 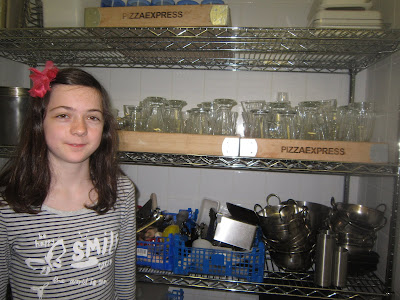 After a lunch of pizza, we went for a behind the scenes tour of pizza Express. We saw the office, kitchen, fridges and freezers. The children saw food hygiene in action:e.g. how food is stored and special precautions for nut allergies.We saw the weekly takings and how much is spent per week on food. They also have a calendar with events such as film releases, so they can predict busy times in the restaurant. 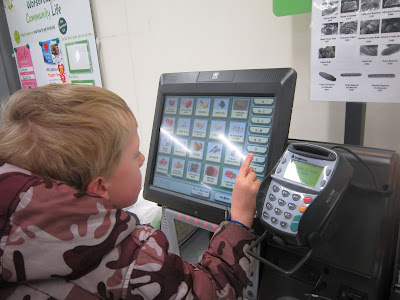 Inspired by the costings explained to us in the visit, I planned to make smoothie with the children and then let them do the costing. Reuben bought the ingredients. He loves weighing the fruit and then using the initial letter to find the fruit on the screen. 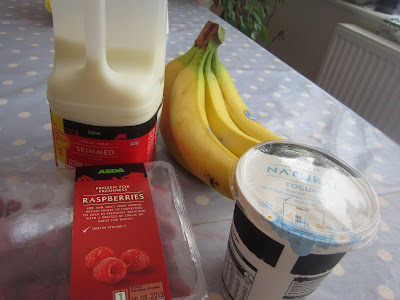 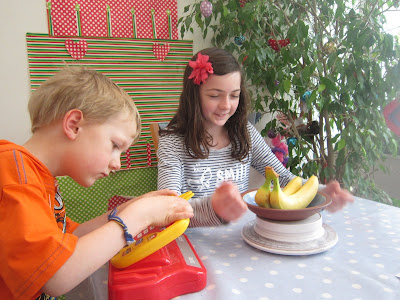 The girls decided the ingredient quantities for the smoothie and, because we were working out the price, they weighed them. 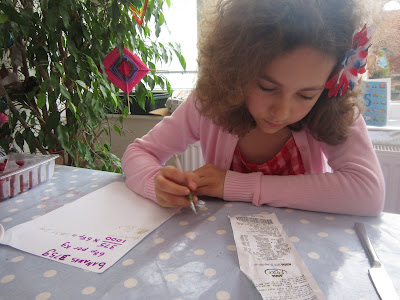 Then we found the prices on the receipt. 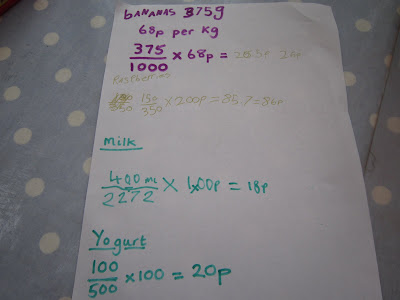 This is how I explained the workings to the girls,
We took 150g of raspberries from the 350g pot of raspberries.
We wrote this as a fraction 150/350
The raspberries cost £2, which we converted to 200p.
The final sum was 150/350 x 200.
The numbers didn't come out as whole numbers,
so they had to round up or down the numbers.
After one example the girls could work out the cost of the banana, yogurt and milk. 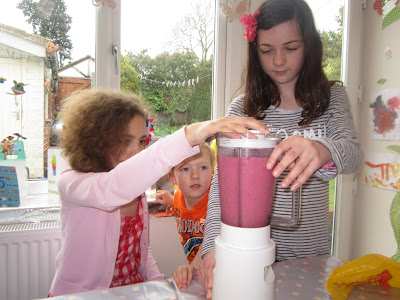 Enough of maths, time to blend the smoothie! 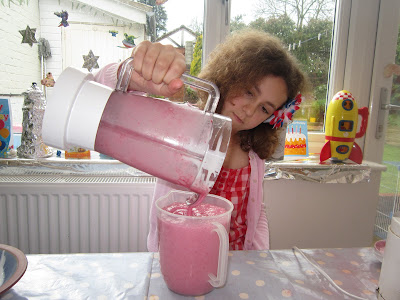 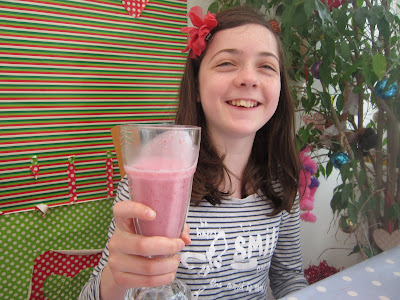