We love to do lots of pond dipping at Springtime. It's such a fascinating habitat. With each scoop of the net a different selection of plants and animals appear, ranging from tiny wriggly worms to baby fish and dragonfly nymphs.
Our first pond dipping session was at Worsbrough reservoir.
The Country Park covers over 240 acres and holds local nature reserve status, it incorporates a 17th century working water powered corn mill and a 60 acre reservoir which is open to anglers and birdwatchers. The Country Park has well maintained footpaths that meander through Willow Carr and around the whole circumference of the reservoir passing meadowlands that are rich in wild flowers and where industrial heritage sites have now given over to nature. 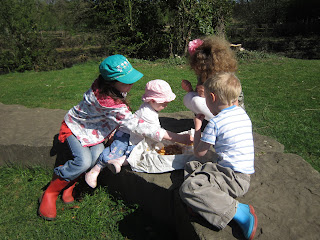 First a quick chippy picnic before we get started. 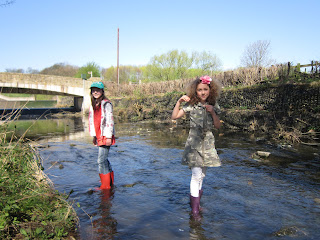 Wadding in the stream. 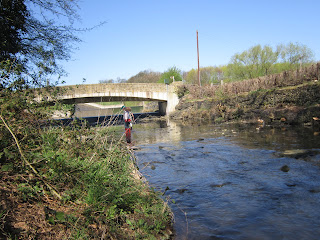 The girls waded off upstream to find a deep place to pond dip. 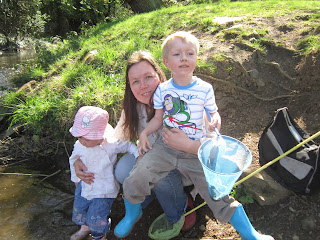 We stayed on the bank and 'fished' from the edge. 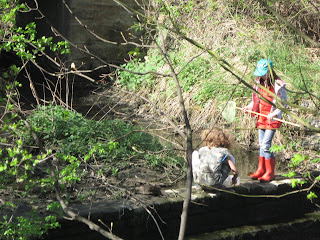 The girls spent ages examining the creatures, they were especially pleased with the nymphs they found. 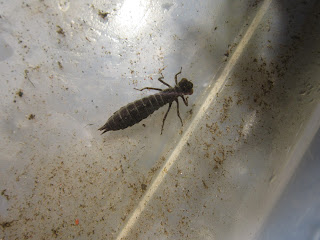 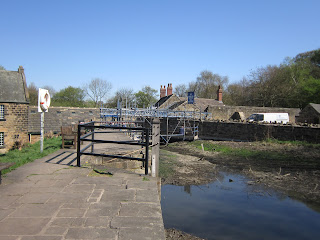 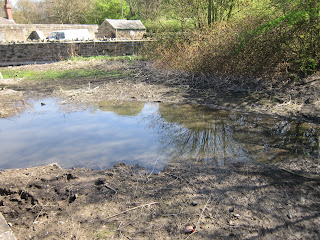 Next we went to the mill pond, but it had been drained for maintenance work. This didn't put us off. The kids spent ages finding water snails that were left on the bottom.  There were huge fresh water mussels too. We've not seen the mill pond drained before, so although we couldn't do the pond dipping, the children adapted to what was there and still learnt so much. 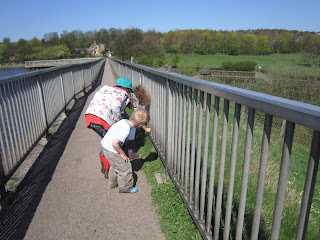 Onto a bug hunt. 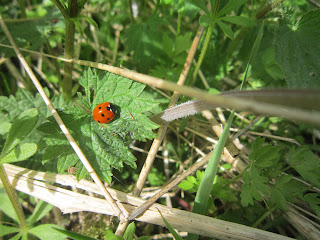 We found loads of Ladybirds. The girls collected some to take home. 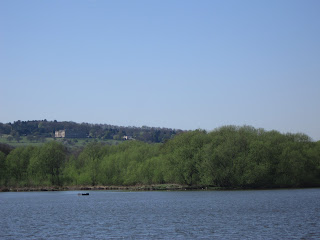 The reservoir is such a beautiful place, even a short walk leaves you calm, relaxed and feeling so alive. 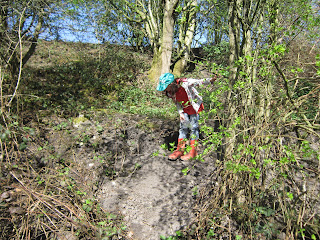 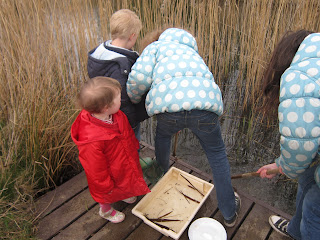 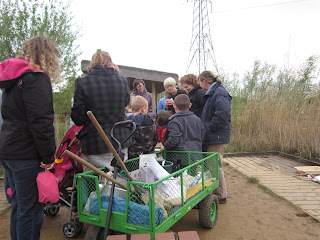 At the end of the session, An expert talked to the children about all the creatures that had been found in the pond. 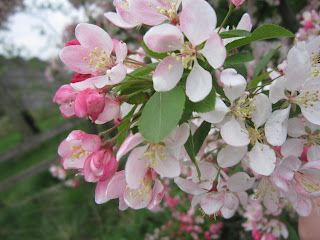 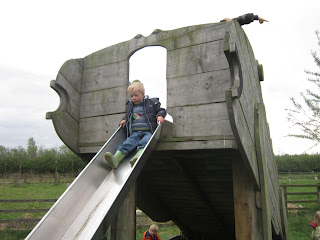 The playground at the RSPB reserve is lots of fun, and the kids really enjoyed it! 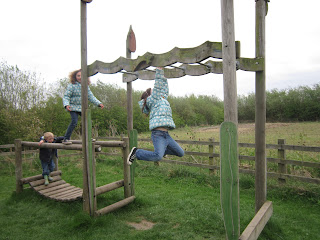 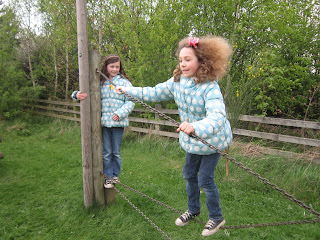 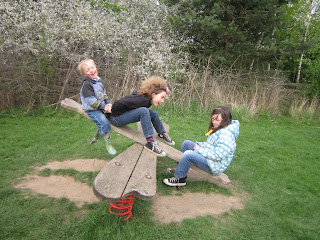 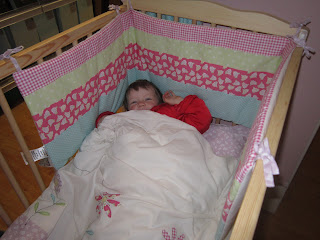 On the way home I needed to call in at a Dunelm mill. We just had to try Rosanna in the cot. This is the first time she has ever been in one - she has always slept in bed with Mummy and Daddy.
She really enjoyed it for about five minutes.

Back at home all the playmobil has come down from the attic and the little families are having wonderful adventures.  With fun at the RSPB playground fresh in their minds they children gave the toys a taste of the same. 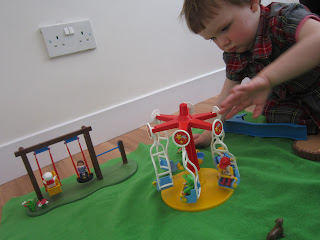 But Rosanna is just a little bit too rough with the roundabout and the poor children fly out of the seats! 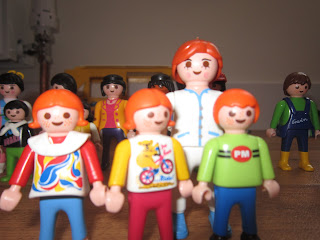 Isn't this a cute family? 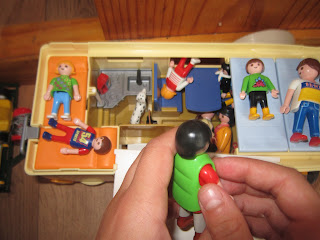 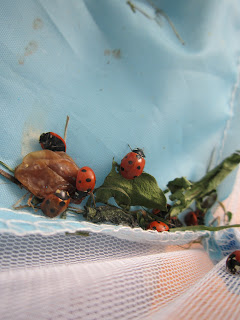 Here are the ladybirds that we collected from Worsbrough reservoir. They are fed on sultanas sprayed with water and also have fresh leaves. We think we have ladybird eggs, so hopefully they will hatch soon. Internet research says they should hatch in a week.
Posted by 4kids, 2 guinea pigs, 1 happy family at 11:55