For Rosanna's 3rd birthday, Imogen and Jemima decided they would make her a butterfly tea party, they made butterfly cupcakes, butterfly pizzas and a butterfly birthday cake.
I put it all together to go with the story of the very hungry caterpillar by Eric Carle. At first I thought about making leaves and the food from the story, but sometimes I feel I get so stressed that I don't enjoy the day, so instead I matched the story to the food we had, and Rosanna loved it!

The Very Hungry Caterpillar, written by Eric Carle, adapted by Me! 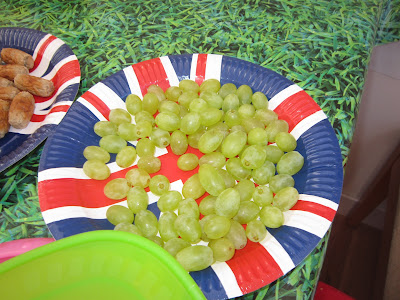 On the light of the moon, some eggs lay on a union jack plate. 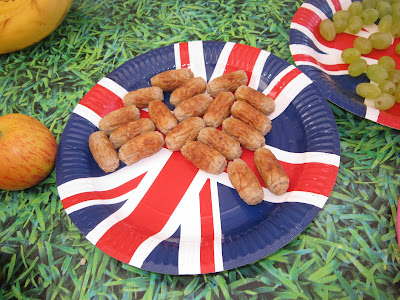 On Rosanna's birthday, the warm sun came up and -pop! out of the eggs came some tiny and very hungry caterpillars. 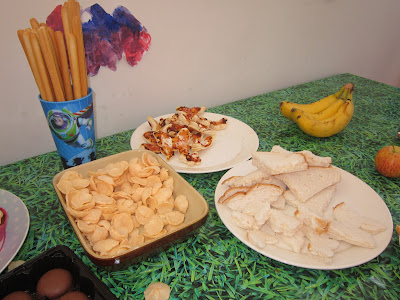 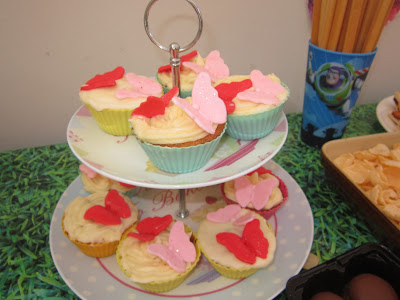 and yummy cupcakes made by Imogen and Jemima!

That night they had a stomachache! 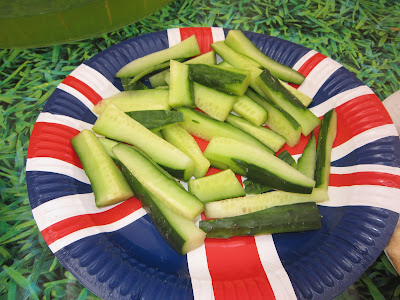 Then the caterpillars ate through one of Geoff's organically grown cucumbers fresh from the garden and after that they felt much better.

Now the caterpillars weren't hungry anymore and they weren't little any more.
They were big fat caterpillars. 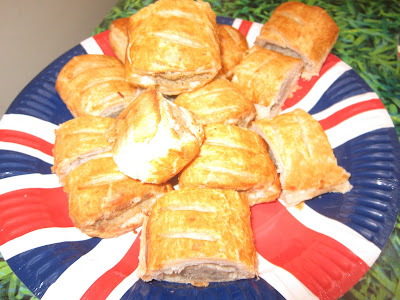 They built small houses, called cocoons, around themselves. They stayed inside for more than two weeks. Then they nibbled a hole in their cocoons, pushed their way out and... 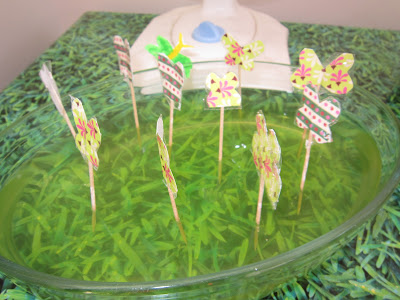 we had a swarm of beautiful butterflies,
(We stuck paper butterflies onto cocktail sticks and then stood them in lime jelly, the butterflies do a lovely dance, when you wobble the jelly.) 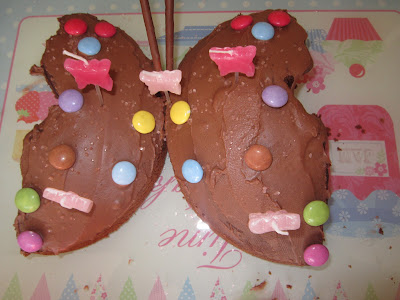 and a yummy chocolate butterfly. 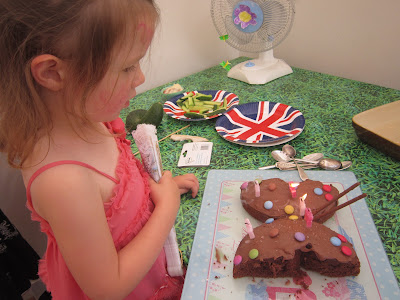