Our holiday didn't end when we left the canal boat. We had a weekend in Wales planned and on the way we went to Boscobel house. 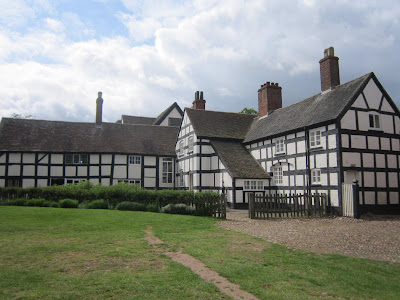 This is what English Heritage has to say about Boscobel house:
'Boscobel House was built in about 1632, when John Giffard of Whiteladies converted a timber-framed farmhouse into a hunting lodge. The Giffard family were Roman Catholics, at a time when the religion suffered persecution. Tradition holds that the true purpose of Boscobel was to serve as a secret place for the shelter of Catholics in times of need.

The house was, however, destined for greater fame. Following the execution of King Charles I in 1649, his eldest son made a brave though misguided attempt to regain the throne. In 1651 his hopes were crushed at Worcester in the final conflict of the Civil War. Young Charles was forced to flee for his life.

Initially the future King Charles II set out to cross the River Severn into Wales, but found his way blocked by Cromwell's patrols. He sought refuge instead at Boscobel, hiding first in a tree which is now known as The Royal Oak and then spending the night in a priest-hole in the house's attic. He then travelled on in disguise via other safe houses before escaping to France.

Boscobel later became a much visited place, although it remained a working farm. Visitors can also see the dairy, farmyard, smithy, gardens, and a descendant of The Royal Oak. White Ladies Priory, another of Charles's hiding places, is nearby.' 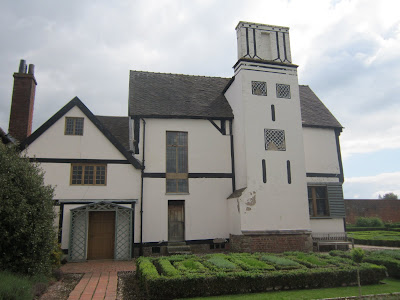 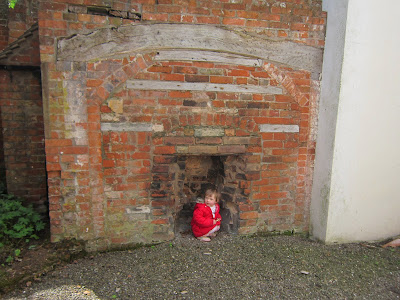 Rosanna hiding in the fireplace of a demolished part of the house. 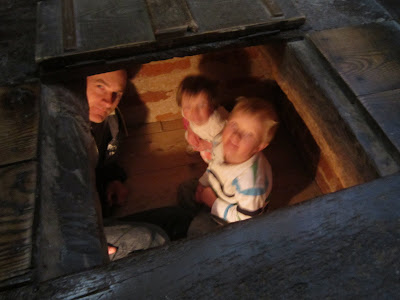 Hiding in the priest hole

We went on a guided tour of the house. The story of King Charles II is amazing! They tell you what he ate, how long he slept in the various hiding places and other intriguing details! 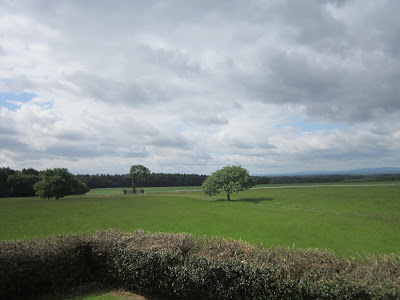 The rather unhealthy looking (sadly it was recently struck by lightening) middle tree with the fence round it is a direct descendent of the Royal Oak. The actual tree got destroyed by early tourist, once the story emerged. Below is another descendant! 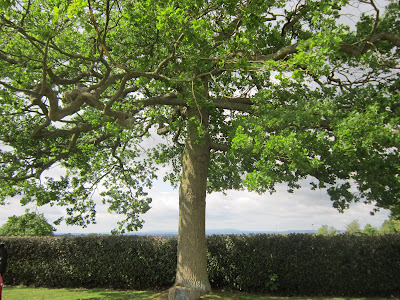 At the weekend we visited Brodsworth Hall, both my and Reuben's favourite English Heritage property.

But before we could start our visit we were entertained by crows defending their territory from a buzzard. 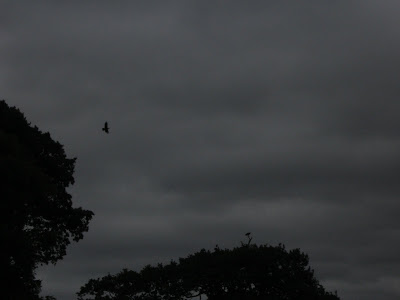 It is one of the crows in flight the buzzard (much bigger than it appears) is perched on a dead branch and seemed to almost topple off every time the crows made a flypast right at it. 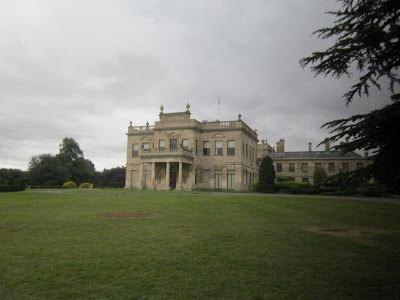 Broddy Hall - as the locals call it. 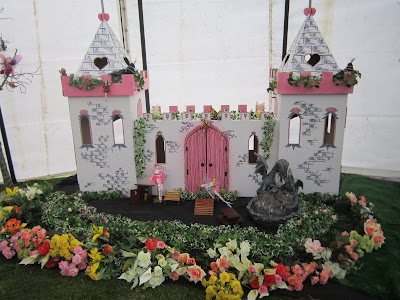 There was a 'fairies and dragons' theme, with craft activities, dragon/fairy trail, story telling and dancing. 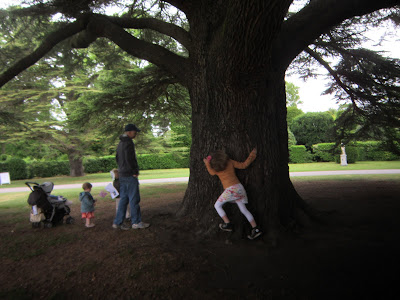 Jemima wanted to do some 'tree hugging' and counted her arm spans around the tree: four adult spans equals an ancient tree. 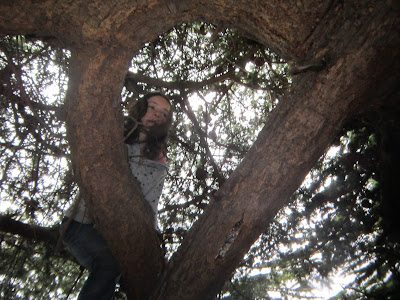 and Immy climbed the tree. 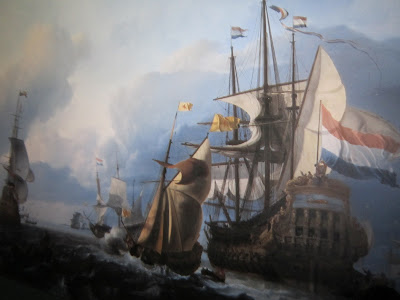 It started to rain so we headed to the house. Up in the education room we found out about the painting 'The Dolphin off Amsterdam'. The picture tells the story of the 1667 Raid on the Medway in the second Anglo-dutch war. King Charles II had his ship the Royal Charles captured by the Dutch. We gradually pieced together the history from Boscobel with the history from the painting. 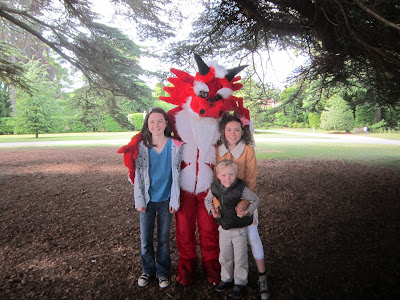