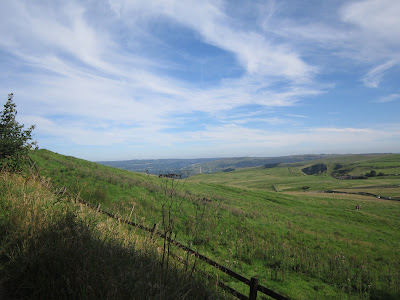 One of the last activities on our Summer wall was to climb Mam Tor,
this was one of the ones chosen by Geoff. 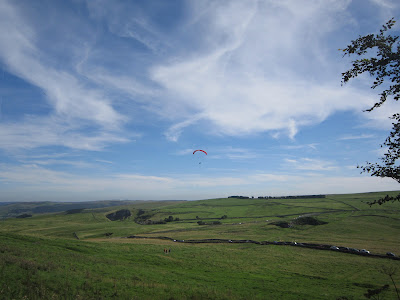 With beautiful blue skies was started the climb. 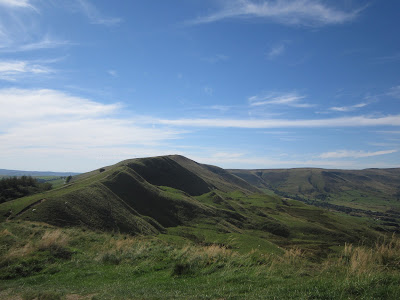 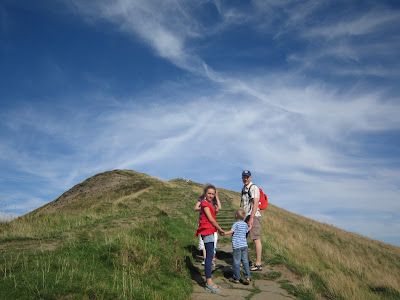 Reuben and Rosanna were very excited to be climbing shivering mountain.

It is known locally as the 'shivering mountain'. This is due to its horizontal layers of shale and gritstone, said to be ‘cake-like’ sedimentary bands, which begin to crumble due to their unstable nature when water and ice work their way into the layers. The shale and gritstone was laid down some 350 million years ago within a river delta. The hill side is said to ‘shiver’ as its rock crumbles away, which is particularly prominent on the east side of the mountain. 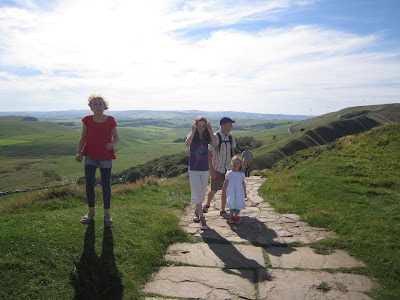 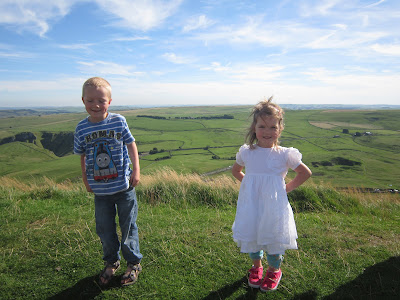 At the top of Shivering mountain 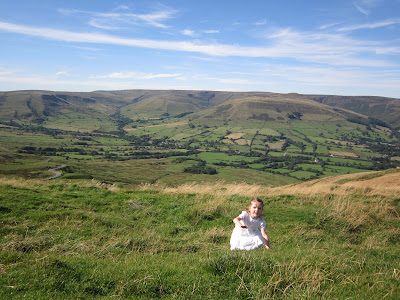 Time for a cup of tea and for the little two to play. 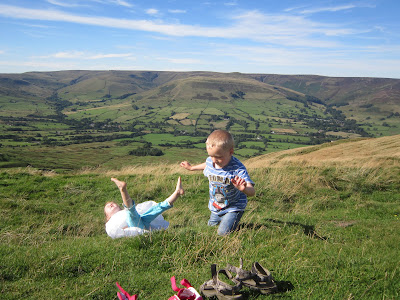 'Whoaa, whoa, you're making me dizzy!' 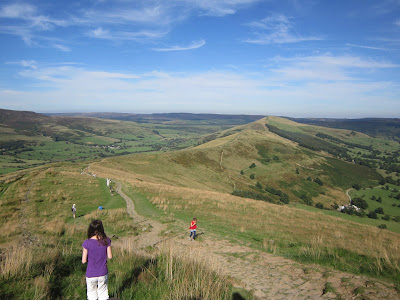 We then set off along the path and down to see the broken road. 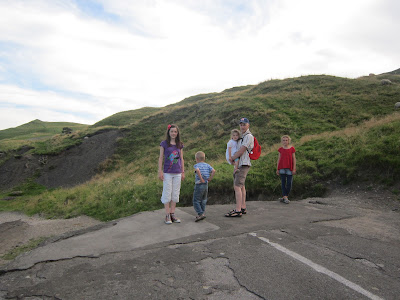 The road was first built in 1802 and was damaged several times by landslides from Mam Tor. Eventually the local authorities decided to close the road in 1979. It is closed to traffic but people can still walk on it. 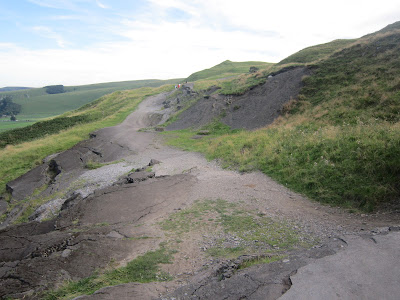 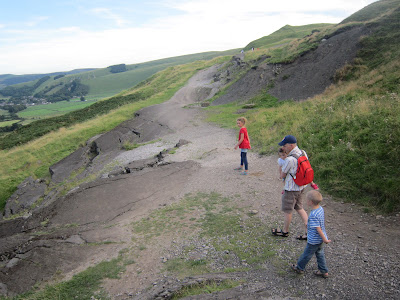 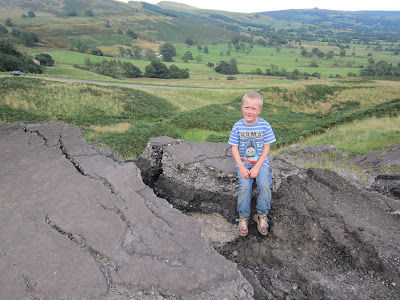 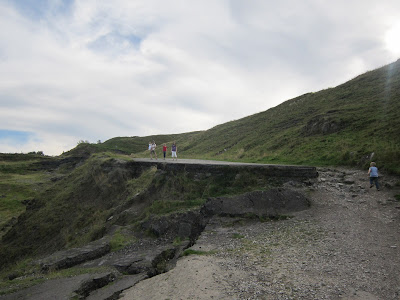 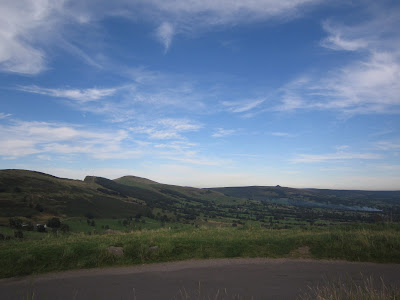