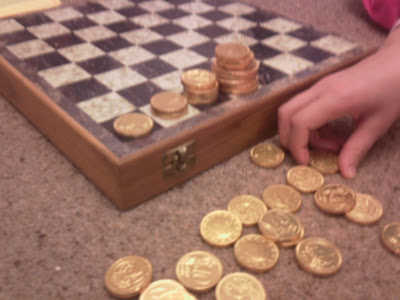 The girls are still enjoying the maths experiments/investigations that we have been doing, here is the latest one we have looked at.
In the myth Sissa ben Dahir was a coutier to a king, and he was a very clever courtier. He invented a new game for the king, similar to chess. The king was so pleased he offered Sissa a reward.
This is what Sissa asked for:
a grain of rice to be put on the first square , and then the number doubled for each successive square.
The King thought, mmm Sissa's not so clever afterall, but he thought wrong, the numbers grow very very quickly!
We looked at Sissa's reward using chocolate coins. 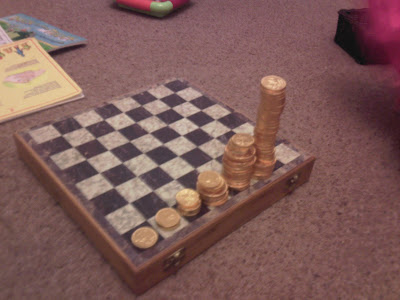 The numbers grow very quickly, and after six squares we had gone through 4 bags of chocolate coins. 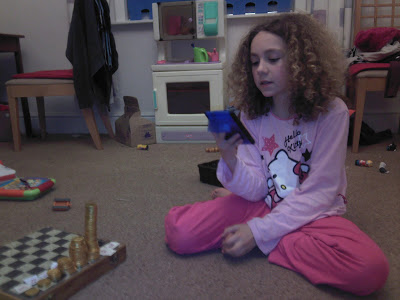 we soon had to start using the calculator, the numbers were so huge. 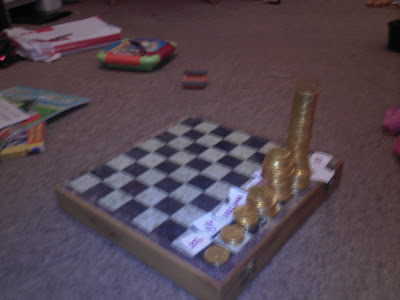 By about the 20th square the calculator hit 'error', and we would have needed about 4000 million chocolate coins by the time we were half way along the chess board.
Posted by 4kids, 2 guinea pigs, 1 happy family at 11:26