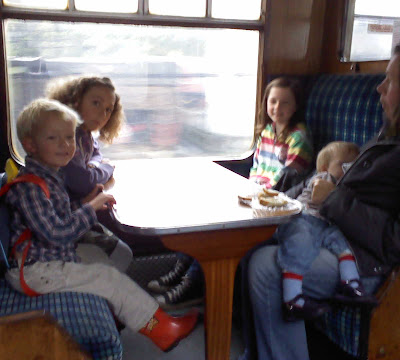 In the middle of October, we had a fantastic long weekend, staying at Boggle Hole YHA. Even though it was the middle of October, the weather was great.
We set off Saturday morning and stopped off at the North Yorks railway, for a ride on steam train. We got off at Goathland, the place where they used to film Heartbeat. And walked around the village, it has a real 60's feel. Me and Geoff had visited there a few times, but this was our first visit with the children. 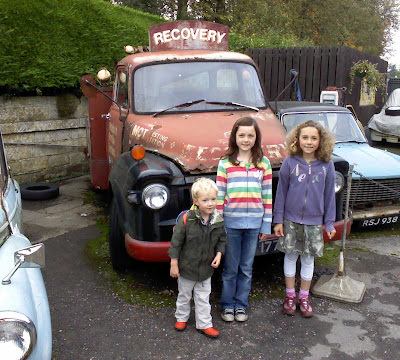 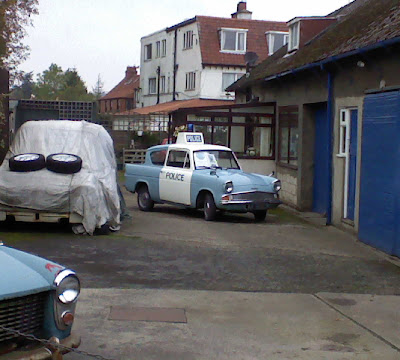 Heartbeat police car, when we got home we watched an episode of Heartbeat and tried to spot the places in the programme. 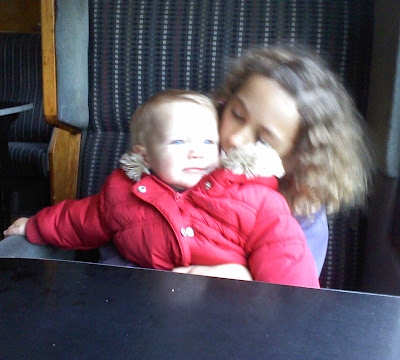 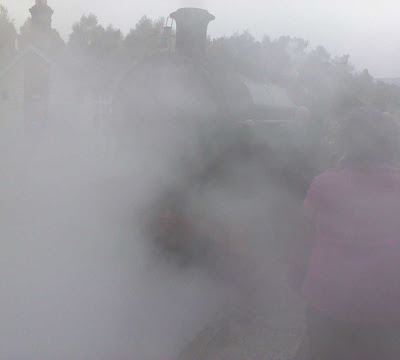 We stood and watched the engines for ages. I've never really been into steam trains, but the size and power of the engines is amazing. The sound when they set off is deafening. 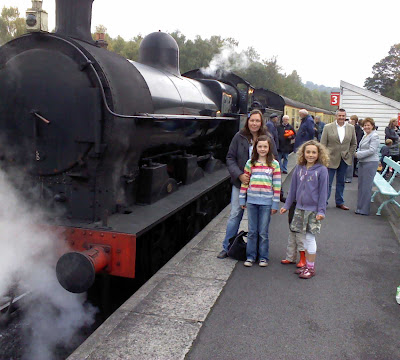 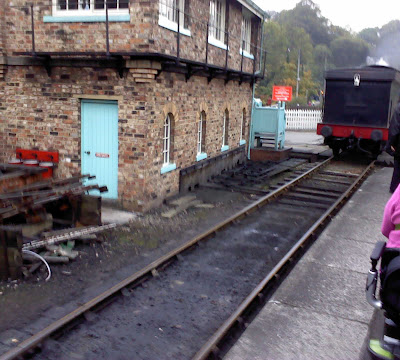 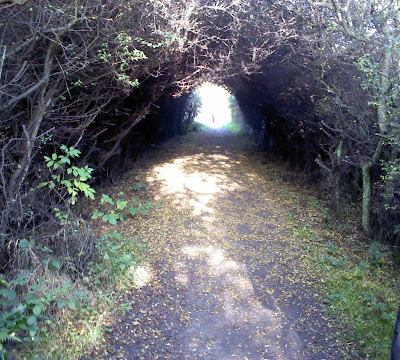 On the Sunday we set off for a walk from Boggle Hole to RHB. When we get to this place, everyone has to say, It's Imogen's tunnel. We used to stay at the youth hostel when Immy and Jemima were young and Imogen loved going through the leafy tunnel.
When Jemima got to the other side of the tunnel, she was met with the site of RHB in the distance. The view was simply stunning, and Jemima summed it up perfectly, "It doesn't get any better than this!"
And she was right. No photo, but glad really, because some things can never be properly captured on film. 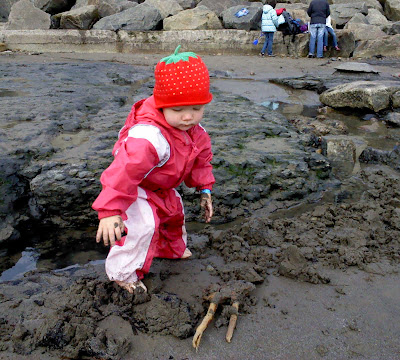 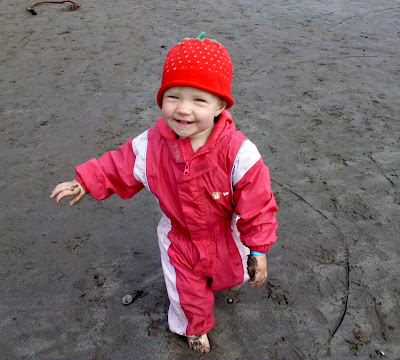 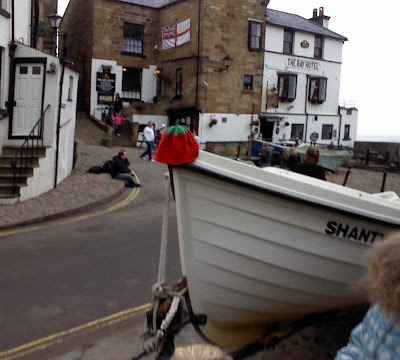 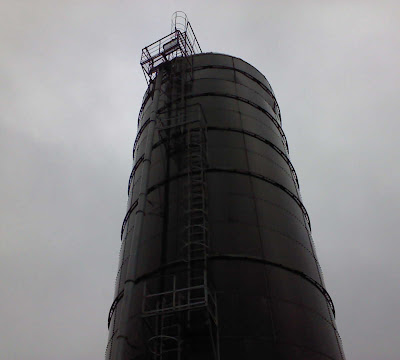 The cow's ladder (just for Reuben) 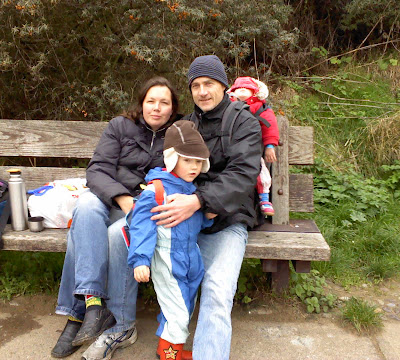 This felt like our first proper walk, we walked from the YHA to RHB then upto Fyling thorpe, Stopping at two playgrounds on the way. Then back along the top to the youth hostel. 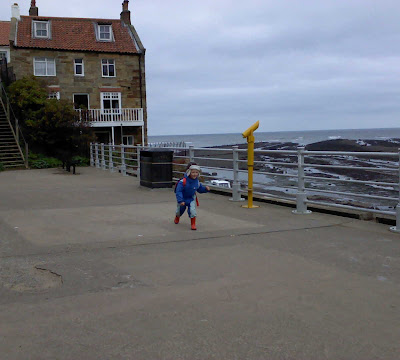 Quarterdeck, the only place in RHB to eat fish 'n' chips. 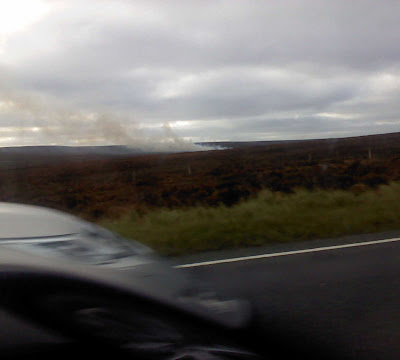