I can't believe that a whole month has passed since Rosanna's 4th birthday, she's already 1/12th of the way to 5! 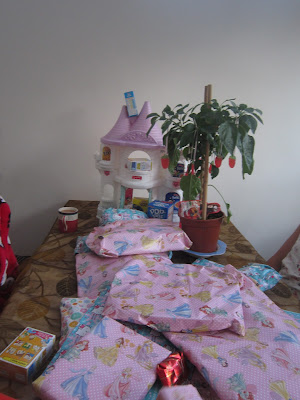 Rosanna was thrilled that the birthday fairy had been in the night
and left her some birthday presents. 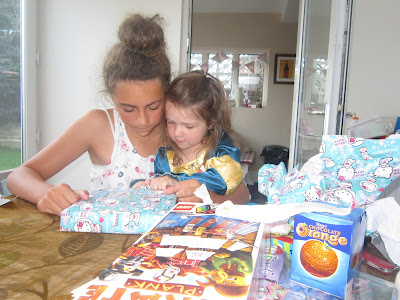 With help from big sis, she tackled the pile. 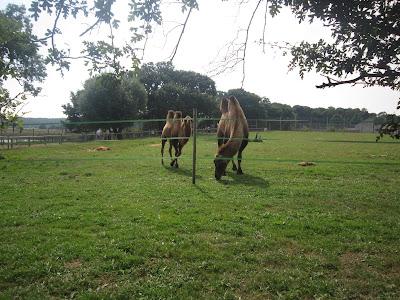 After breakfast we set off on her birthday treat,
a trip to Yorkshire Wildlife Park. 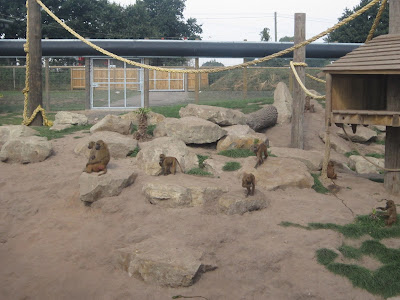 We spent ages watching the baboons, grooming, chasing
and hanging out with family members. 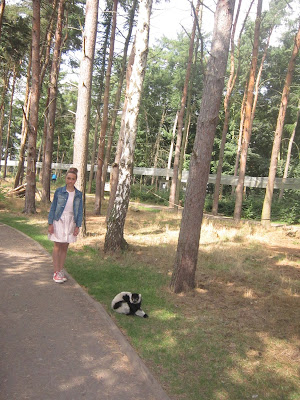 There are some brilliant enclosures, where you can
get close up to the animals. 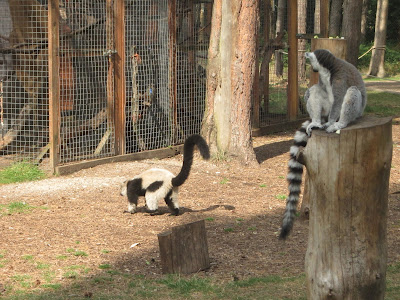 Most of us enjoyed seeing the Lemurs close up,
except the birthday girl, who was terrified! 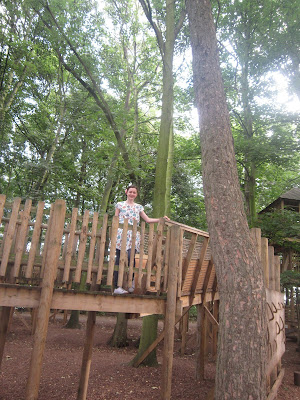 There's a great play area in the trees. 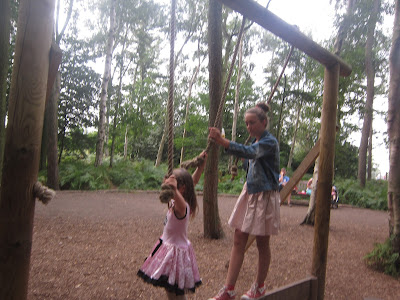 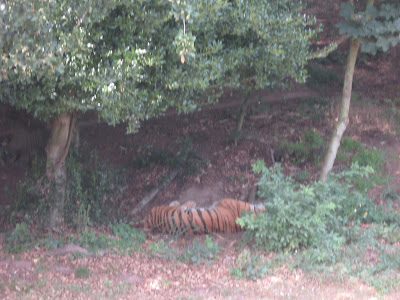 'You can't help being amazed at tigers. His magnificent striped coat shines in the sun. It's hard to believe tigers can be so fierce when they're lying calmly under the trees. Next he prowls around the edge of his cage, looking everyone up and down. What is he thinking, Are they friendly visitors or cunning poachers, plotting to destroy us?'
By Imogen 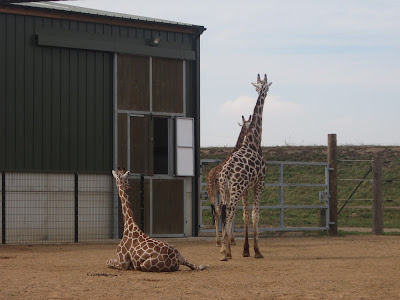 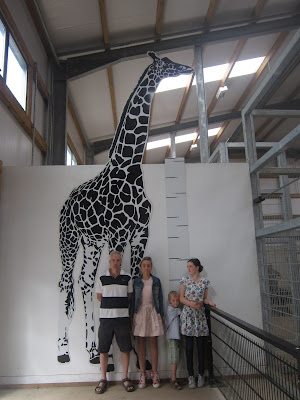 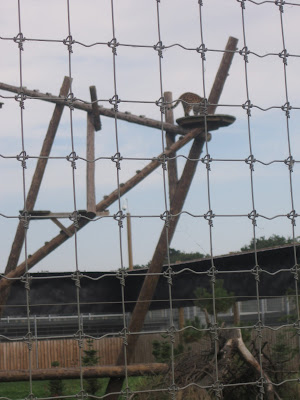 'Laying there in the shade sleeping, but then he's up prowling around. He starts to climb up so quickly, but carefully. His tail swishing for balance. He gets to the top and looks at everyone ,shows off his teeth like he's trying to tell us,
"I am the king and you are my prey", but then he lays down and yawns and is asleep again.' By Jemima 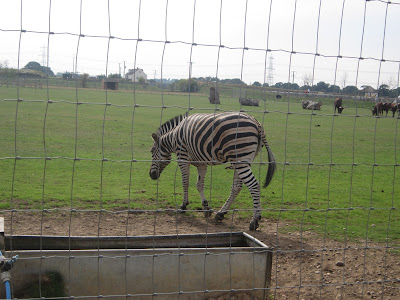 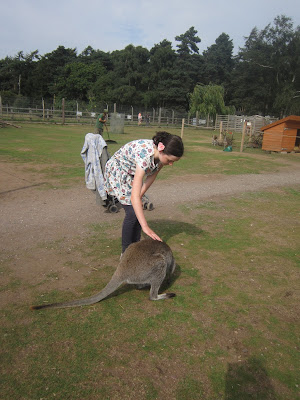 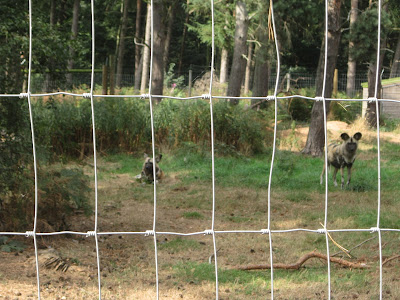 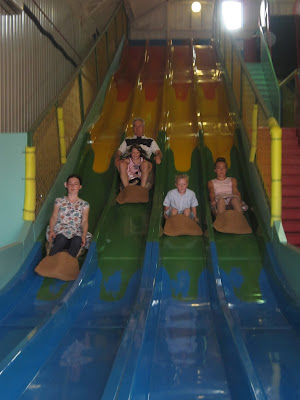 Just about enough energy left for a go on the slides. 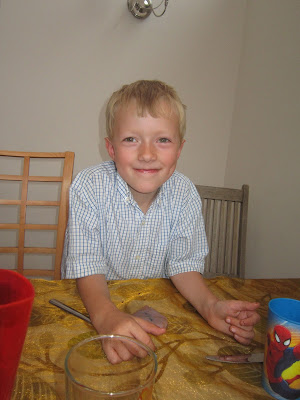 Back home for birthday cake. 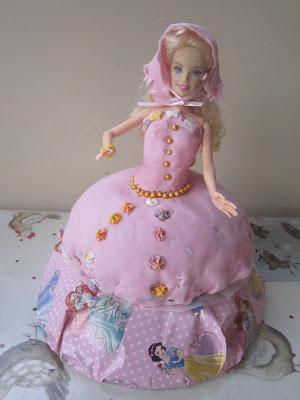 Made by Imogen, Jemima and Nanan. 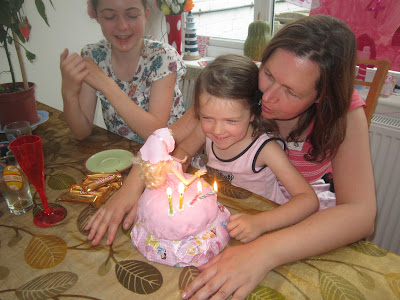