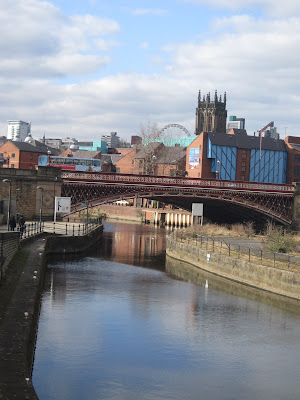 A while ago we had a lovely day out to Leeds, 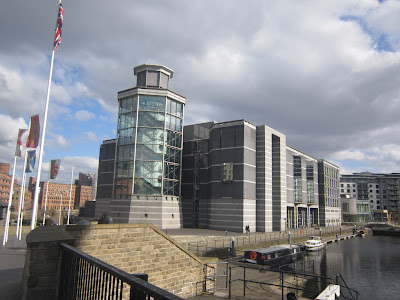 to the Royal Armouries. 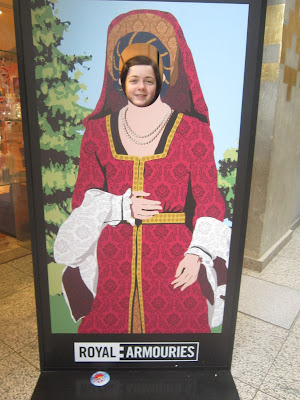 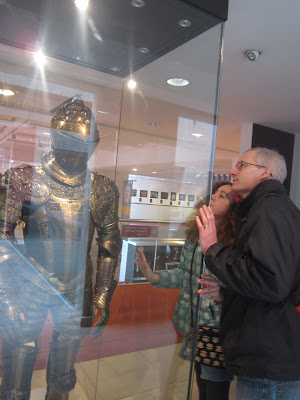 The suits of armour are amazing, so much intricate detail. 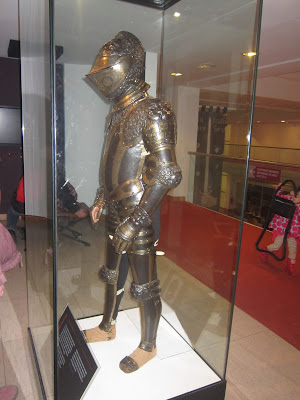 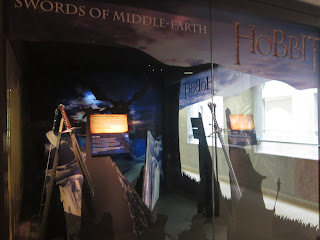 Until Feburary 2014 there is a display of swords from Middle-Earth. 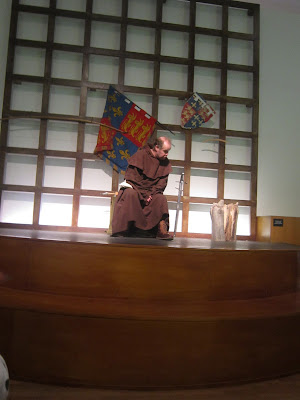 Stories from old of Robin Hood. 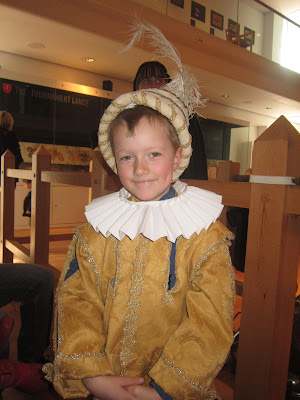 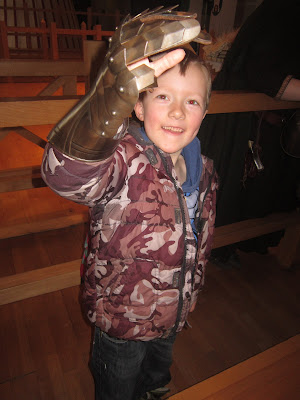 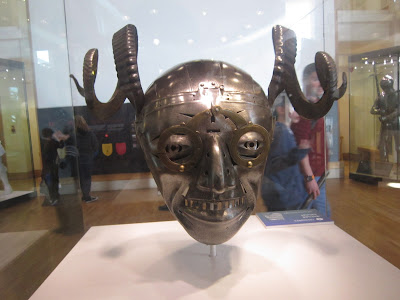 Holy Roman Emperor Maximilian I presented Henry VIII with the armour that included this extraordinary ‘Horned helmet’ in 1514. This helmet was chosen as the symbol of the Royal Armouries in Leeds because of its extraordinary appearance and association with Henry VIII. 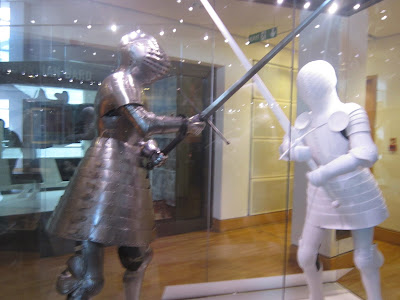 We all found the gallery with suits of Armour worn by Henry VIII very interesting and we spent most of our time in this gallery. 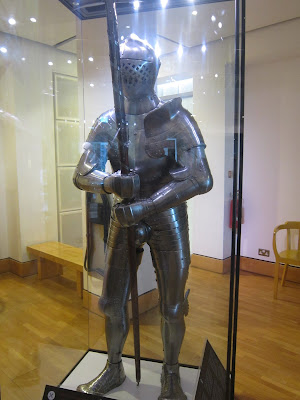 Imogen found it hard to believe that these suits had been worn by Henry VIII, in portraits he looks quite plump, but when he was younger he would have been slimmer and much more athletic. 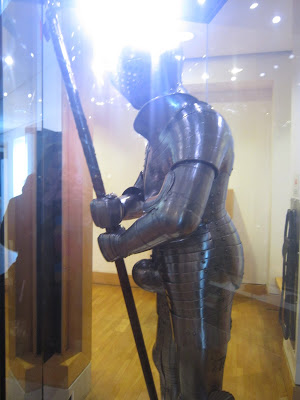 By Henry’s reign (1509-47) tournaments presented the finest sportsmen – skilled contestants who trained from a young age – and were often held to celebrate marriages, births, alliances and victories. They had become fashionable, courtly displays of power with glittering parades of rulers and noblemen. The spectacle of tournament continued to provide an opportunity for entertainment and sport, training with weapons and even diplomacy. 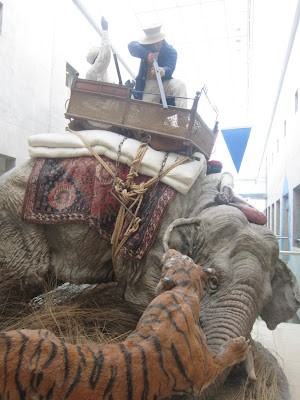 We had a quick look around the other floors, but we have a museum rule that we only look around one section in detail. In the past we felt frazzled after reading too many information boards. 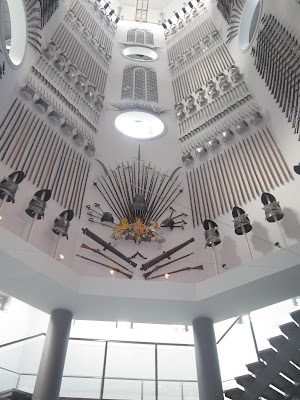