We were given a small pot of goo from our friends. The goo was cake mixture with a list of instructions and a name 'Herman'. Herman needed daily stirring, feeding every 5 days and then after 10 days dividing and baking part of him.

Well, we went away for a weekend and the first Herman died. Our friends who gave us Herman, excitedly asked how he was when we saw them, we had to confess we'd killed Herman. I think they were happy to get rid of another Herman! 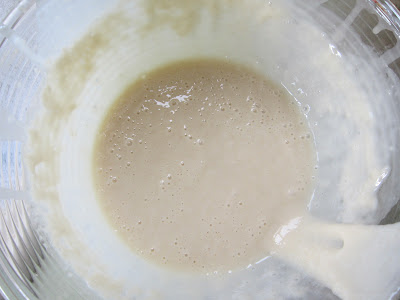 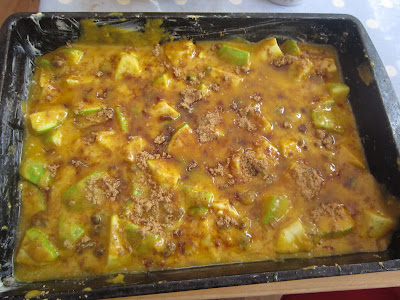 We had a second near miss with Herman, I'd set the oven to warm at gas mark 9,
and had not turned it down, the girls thought it was set and popped Herman in! 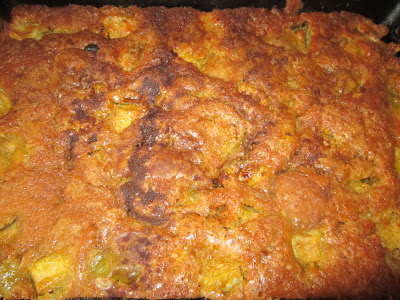 The cake tastes amazing. We cooked it with apples, raisins and cinnamon, but other friends cooked it with raspberries and apple and another with toffee and chocolate!
So if you try the recipe you can substitute the apple, raisin and cinnamon too.

If you want to start a Herman cake mixture, which is a basic sour dough mixture, this website has details.
Posted by 4kids, 2 guinea pigs, 1 happy family at 12:57