Wednesday 6th April was Geoff's 44th birthday. Maybe birthday are less exciting the older you get, he stayed at home for new flooring to be laid in the bathroom and conservatory. But then he did get to spend the rest of the day in the garden. 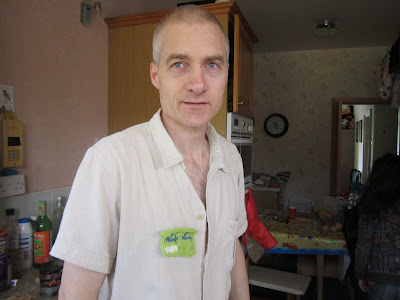 Here he is wearing a badge that Imogen knitted for him. 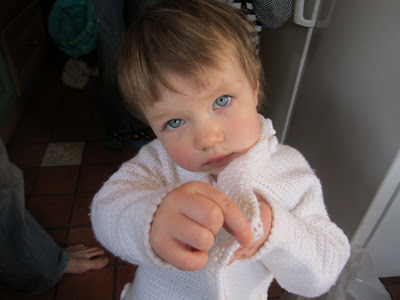 Rosanna wearing a cardigan that was crochet for Imogen. It has been worn by both Immy and then Mima, and I have never sewn buttons on it. Rosebud was very cross when she couldn't have it fastened. 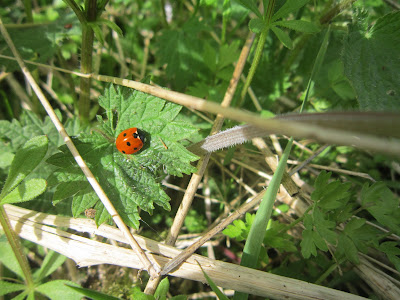 First Wednesday of the month we have a home ed meeting at a local nature reserve, well at the moment we do!
Due to Government cuts we don't know how much longer this group will continue :( 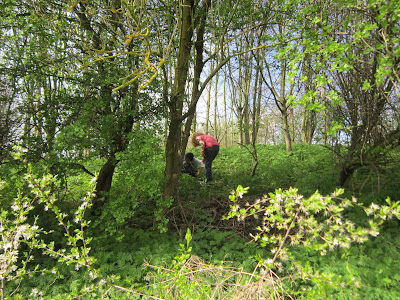 In the morning session we had to look for signs of animal presence/activity.
Off in the woods to look for burrows and other signs. 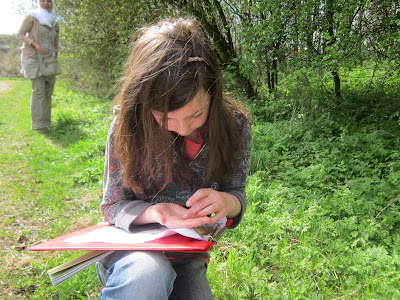 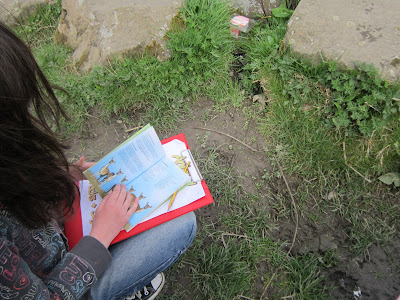 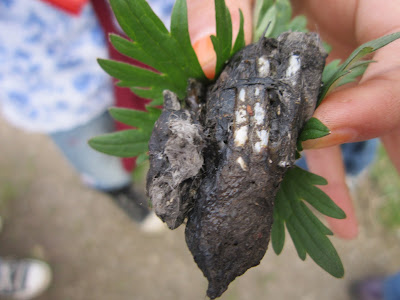 The girls were very pleased to find this owl pellet with their friends.

After lunch, we went on a litter pick. 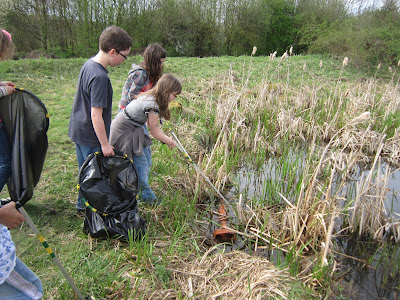 Trying to fish a traffic cone out of the lake. 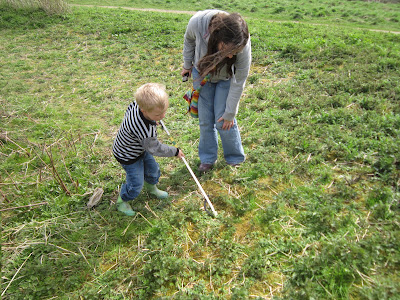 Reuben joining in the litter pick. 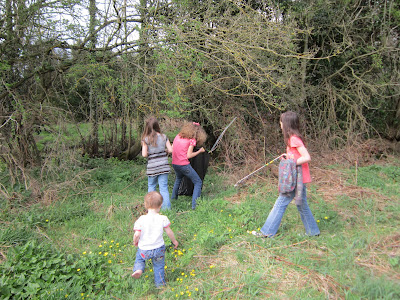 Collecting empty bottles and cans from the bushes.

Then time to go home and enjoy Geoff's birthday, I think he'd had enough free time! 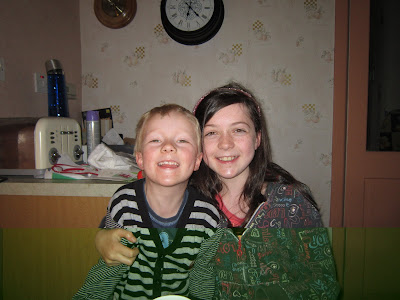 I love this photo of Immy and Reuben, they look so alike. 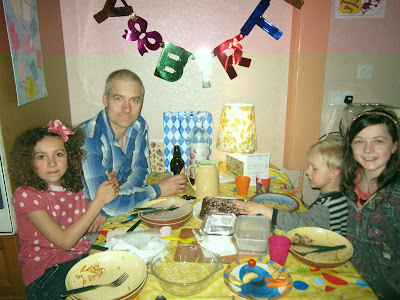 Chinese take away for tea, followed by birthday cake. 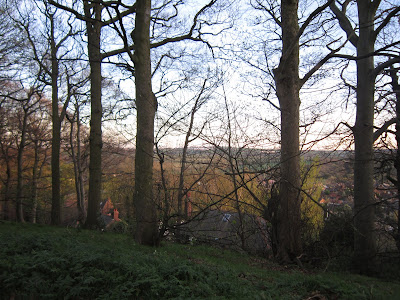 Then off for a birthday walk 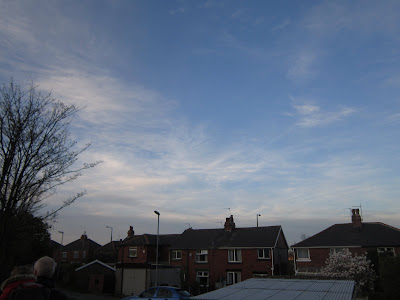 And then on the way home, Reuben spotted a dinosuar in the sky!

Hairy Maclary footprints, an owl pellet, dinosaurs in the sky, what a fantastic day!
Posted by 4kids, 2 guinea pigs, 1 happy family at 08:55