The Easter Story in a jar 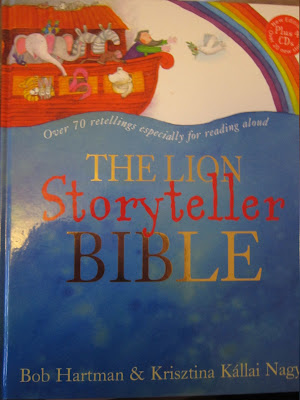 We started by reading the Easter story from a children's bible. 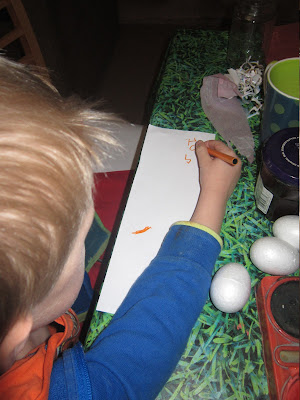 We then started planning the jar using words and drawing pictures. It's very interesting to see which parts the children saw as significant. 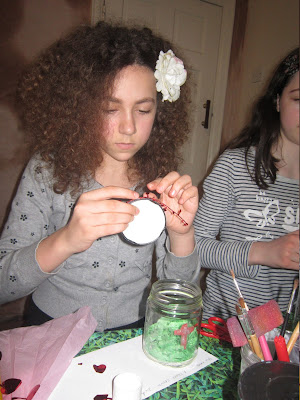 Then the decorating began. 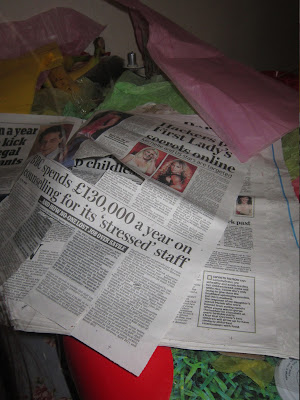 The girls used the newspaper to find descriptive words.
They found some really interesting powerful descriptive words, which we may not have thought of, such as, incredibly alone, tainted, protector, abuse. 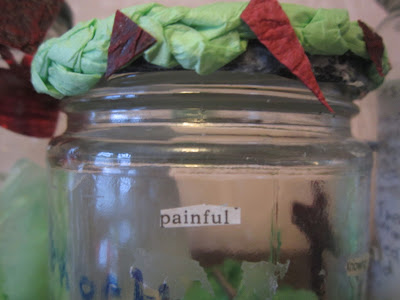 Jemima decorated the edge of the jar with a crown of thorns. 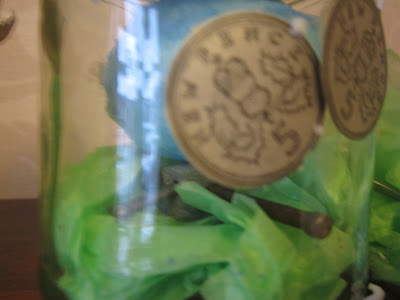 We read the bible story of the widow and the coins,
Reuben focused on this, sticking coins to the jar. 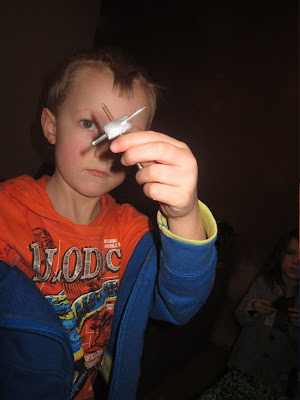 Reuben also made a cross out of nails to go into the jar. 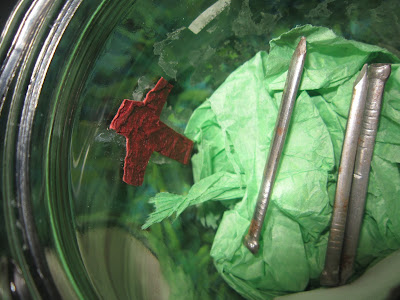 Imogen's jar with three nails, two for the hands and one for the feet. 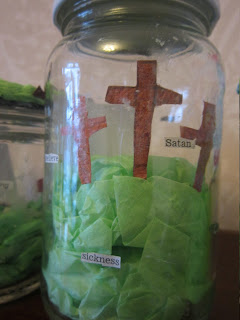 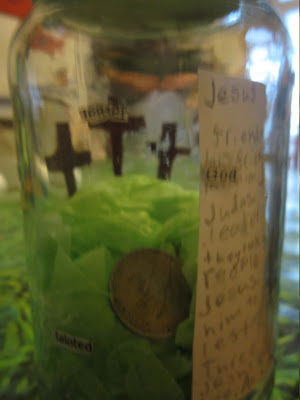 I then gave the girls a small piece of paper to summarise the Easter story. 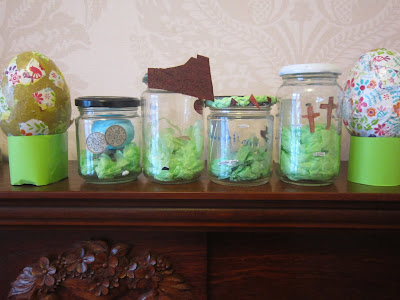