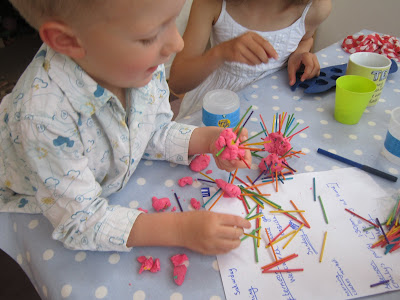 Out came the playdough, feathers, wobbly eyes and coloured matchsticks. 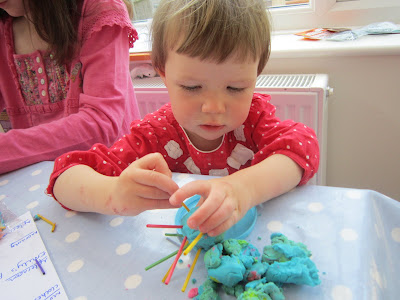 A host of colourful decorated monsters appeared on the table.
I then came up with the idea: Choose two monsters and make them a baby (based on how the parents look). A great discussion began. We chatted about what the baby would look like if a two-eyed monster bred with a one-eyed monster. One of the suggestions was a three-eyed baby, so that lead nicely onto the fact that humans don't produce babies with four eyes. We chatted about the possible combinations for the monsters. 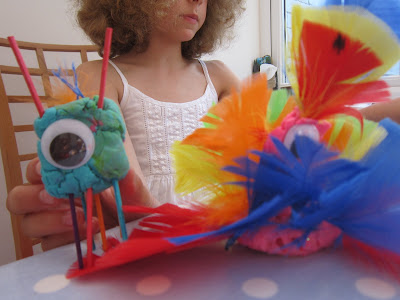 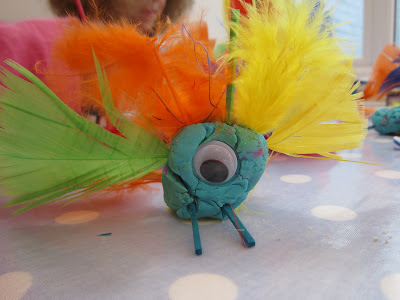 ... and their new baby.
Can you see it has dad's shape and single eye but mum's colourful feathers? 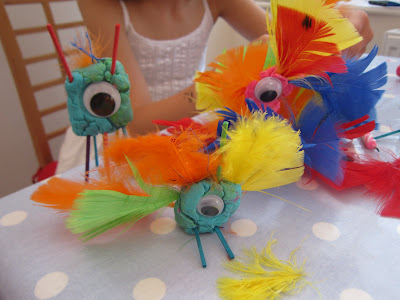 A family shot.
Mum does have two eyes but seems a bit bashful about being photographed!
Posted by 4kids, 2 guinea pigs, 1 happy family at 23:29