Before Christmas we had a long weekend in Whitby, North Yorkshire. 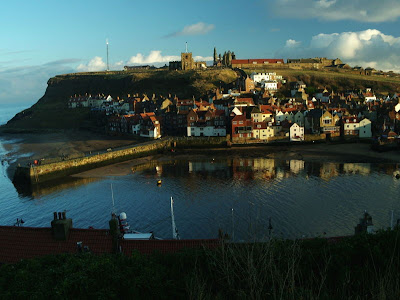 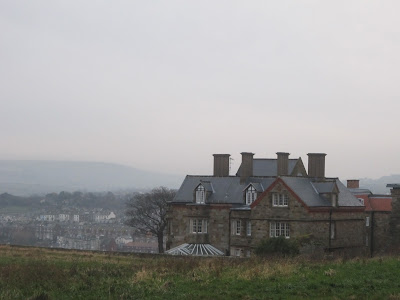 We stayed at YHA Whitby which is an historic building situated on the headland, 199 steps up from the quayside and next door to the ruined abbey.
I wish I'd taken some photos of the interior as there are lots of original and quirky features. 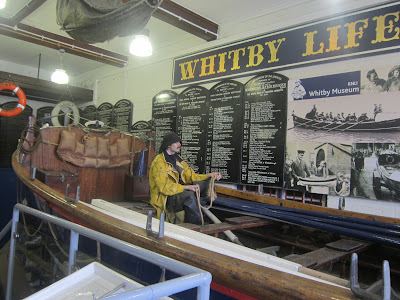 It was the first really really cold weekend of winter. So we went into the Lifeboat centre, more to get a warm than look around, but it proved to be so interesting. 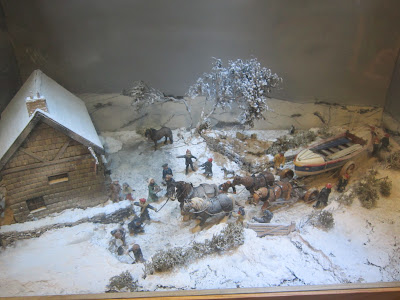 After the snow we have had over the last two weeks it makes this epic rescue more amazing to imagine:
'On the morning of wednesday 19th January,1881 a Whitby ship, the brig "Visitor" was being wrecked in Robin Hood's Bay.  The Robin Hood's Bay Lifeboat was unseaworthy and only a foolhardy fisherman would have ventured out in such a sea. So some other solution needed to be found. A telegram was sent to Captain Gibson, Harbourmaster at Whitby from the Reverend Jermyn Cooper, vicar of Fylingdales requesting the lifeboat be sent out as soon as possible. So began the epic eight mile journey over the moors to Robin Hood's Bay. The main problem was the huge snowdrifts. Yet the men of Whitby were not to be beaten. They used shovels, horses, cows and anything useful along the way. They tore through hedges that got in the way. The Lifeboat next had to be lowered down the cliff. It was an exhausting and traumatic event for those rescued. They were numb with cold and did not at first realize that they were rescued. They had virtually given up all hope of rescue. But the crowd made up for this. The thousand or so people who had helped clear the way and virtually the whole of Robin Hood's Bay erupted in excitement as the epic rescue was completed.'
(source: Scarbrough maritime heritage centre) 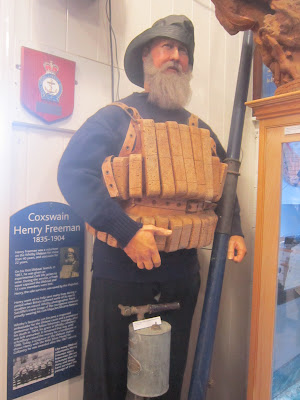 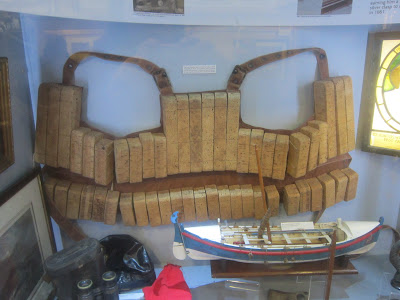 He was the first man to wear a cork life jacket, which saved his life in a tragedy in which all the other crew perished. They also had cork life jackets, but chose not to wear them. 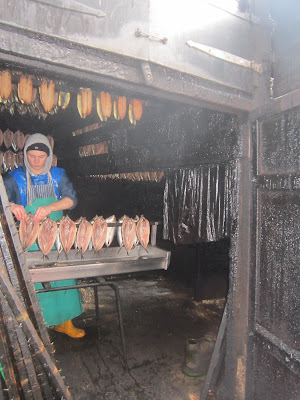 When in Whitby a visit to Fortune kipper shop is a must,
Fortunes smoke house was established 1872
and is still run by the same family.

We had a lovely relaxing weekend, playing table football, snooker, watching Doctor Who Jon Pertwee from the 1970's and posing for photos... 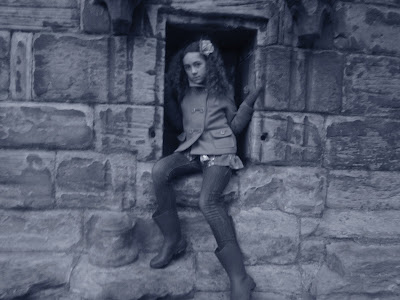 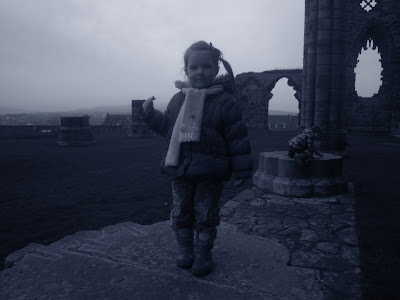 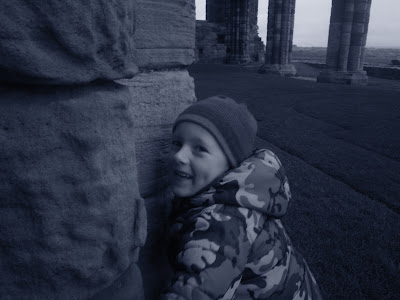 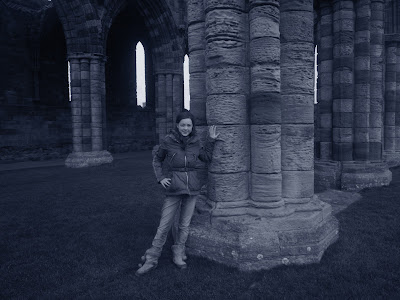 On our final night in the youth hostel the torrential rain started. By the morning we were unable to get a taxi to the station as roads were already closed. Heavy rain persisted, this was the start of some serious problems for the historic fishing town... 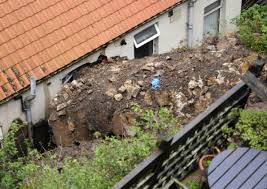 a hillside collapsed onto a row of traditional cottages 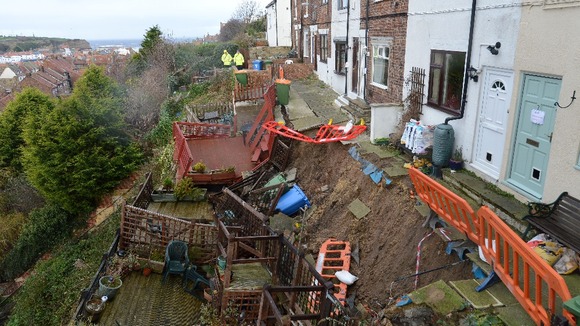 later that week, they were demolished. 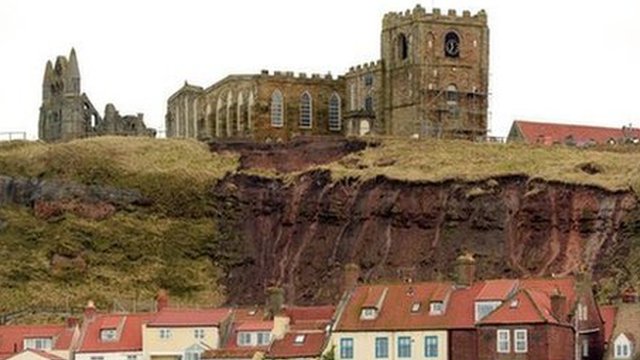 The big thaw is underway this weekend with heavy rain on top.
Let's hope things don't get worse for Whitby!