After Geoff and the girls visited London during the Olympics, we decided to do some follow up work.  We found 'The bumper book of London' by Becky Jones and Clare Lewis. 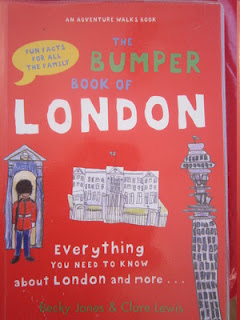 Our friends had also been to London,
so we invited them over to a 'London forum' 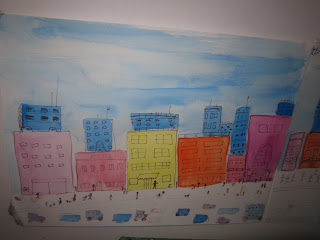 We had previously painted busy city pictures
and they made a great start to our display. 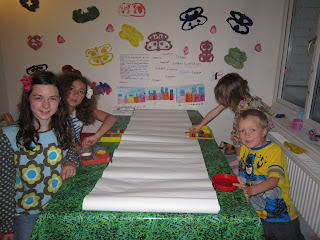 We painted a river Thames. 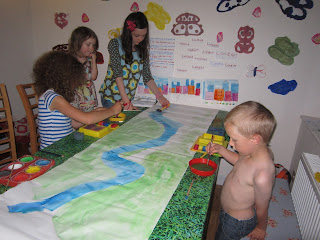 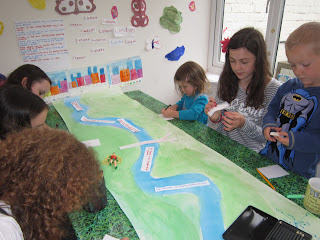 I wrote out facts about the River Thames from 'The Bumper book of London'.
The children took it in turns to read out the facts and then we stuck them on the river. The River Thames was there long before London was, so it made a good starting point. We then talked about why the Romans chose to settle there and how London gradually developed. 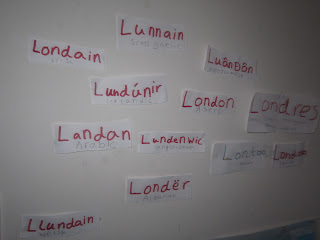 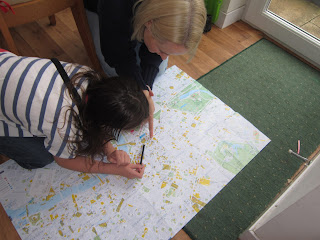 Next we drew small pictures of London buildings and then placed them in relation to the River Thames and each other, using a street map of London. 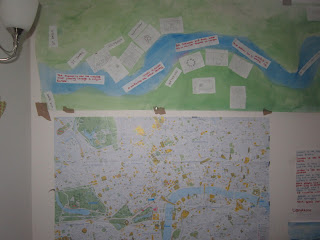 Part of the finished River Thames.

We finished the morning by baking a London cheesecake... 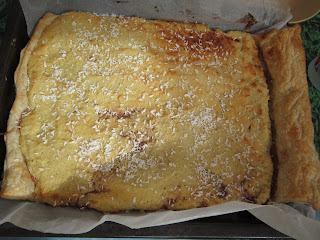 delicious!
Imogen and Jemima enjoyed learning about London,
so we have started looking further into the history of London. 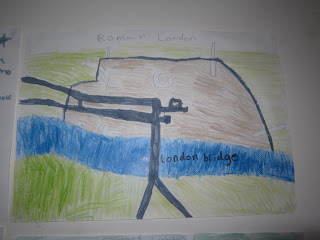 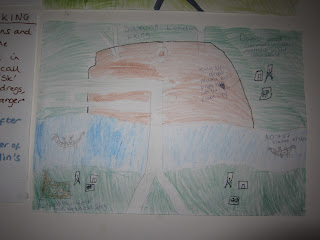 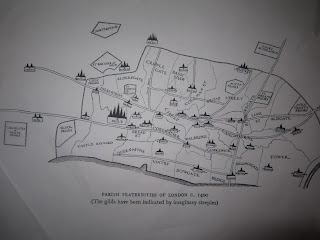 ... and we stopped at medieval London. 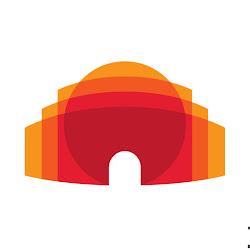 The Covent Garden travelodge wasn't available so we are going 'upmarket' to travelodge Bethnal Green.  Not sure what the area will be like but it's 'call the midwife' country - so that should be fun.

We will continue learning about the history of London, with added excitement, looking forward to our next visit to London.