Today saw the first snow of 2013.  In our house it felt like the opening scenes to the snowman, Reuben looking at his cereal and then looking out of the window. After a few mouthfuls he gave up and got togged up and went outside. There the comparison with the snowman ends, about 10 minutes later he was back inside! 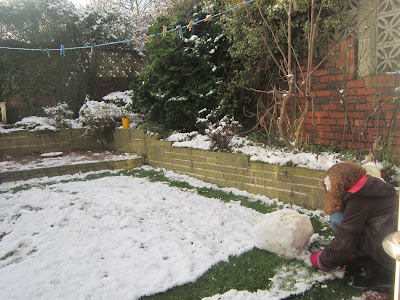 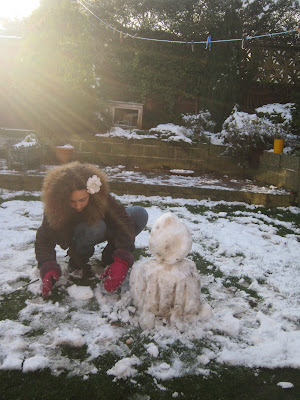 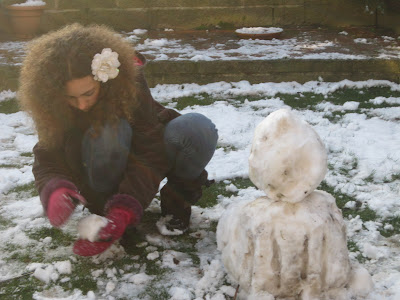 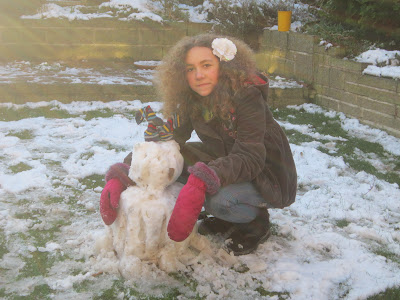 Jemima with her snowdog. 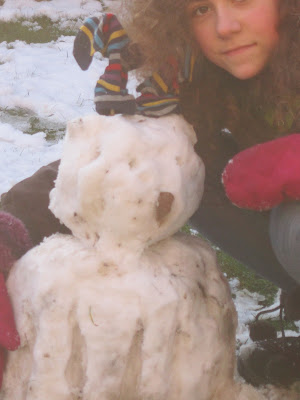 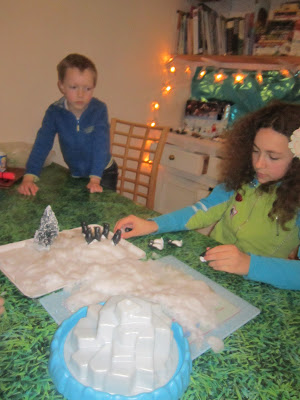 We brought snow inside and set up the toy penguins to create Antarctica.
Antarctica lies at the bottom of the world. It has no native people.
Antarctica is the coldest continent on the planet. 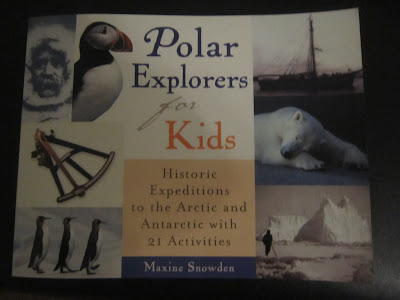 Antarctica recreated in the middle of the table,we began reading about the explorations. The children got 'Polar explorers for kids' for Christmas. It's from the Scott Polar Research Institute, University of Cambridge, and I had decided we'd start using it when it snowed.

We've read about the first explorer to get close to Antartica, James Cook.

Which gives us a great excuse to visit Whitby again!
(Beccy cheers, everyone else groans.)
James cook's training as a seaman began in Whitby, and there is now a memorial museum in the house that Cook lodged at when not at sea. 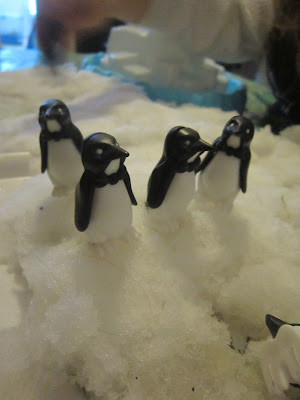 Penguins do not live at the Arctic at all,
but Antarctica is home to seven different kinds:
emperors, chinstraps, macaronis, gentoos, rockhoppers, kings and adelies. 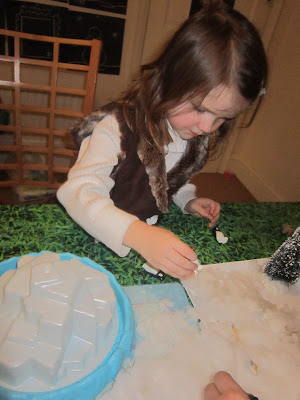 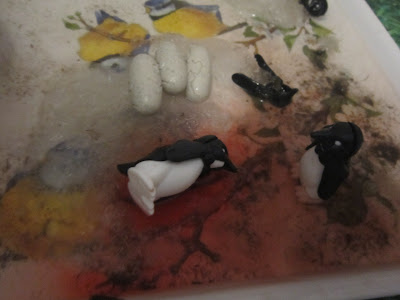 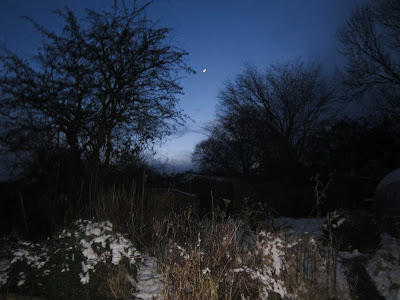 For the first time in ages we stayed out in the garden
until it started getting dark. 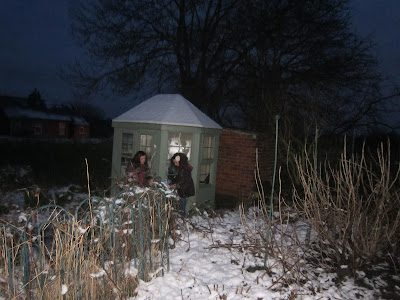 Outside the Summer house the girls were busy... 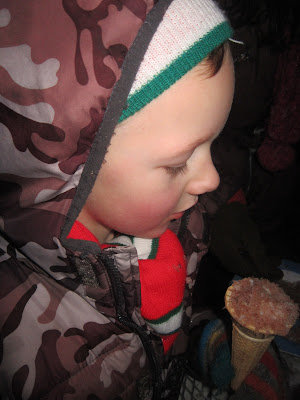 Over the years we are refining the recipe.
Collect a bowl of fresh clean snow.
Add hot chocolate powder, a drop of milk (cream if you have it) and
a couple of teaspoons of icing sugar.
Mix well.
Enjoy x