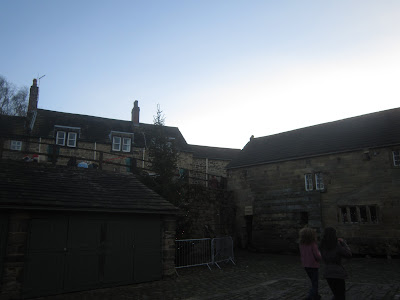 The day before Christmas Eve, we went down to Worsbrough mill to listen to the brass band playing carols. 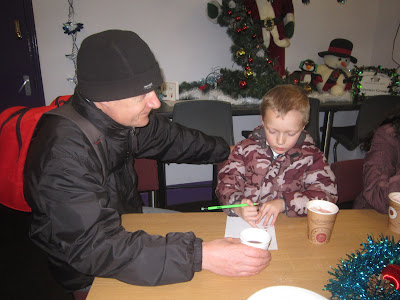 There was hot chocolate and marshmallows, mulled wine, mince pies and stollen to get you in the Christmas mood. Earlier in the week, I'd had a conversation about 'feeling the Christmas spirit' - or not!  Sometimes you pay for events around Christmas only to feel let down and un-Christmassy (if there is such a word!). 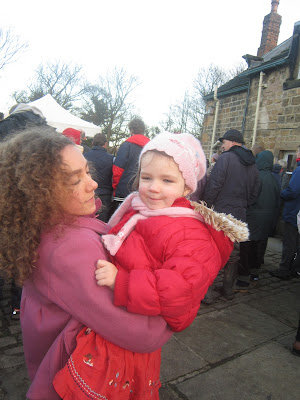 Apart from paying for food and drinks this was a free event.
Everyone - children, teenagers, adults - were soon singing
and dancing to the carols and songs. 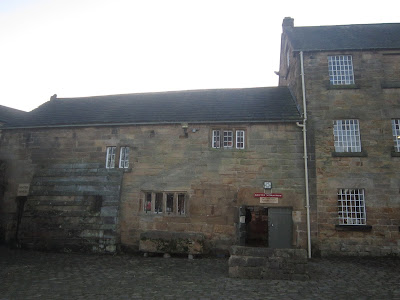 The mill itself was open to look around,
not very Christmassy or exciting on the outside... 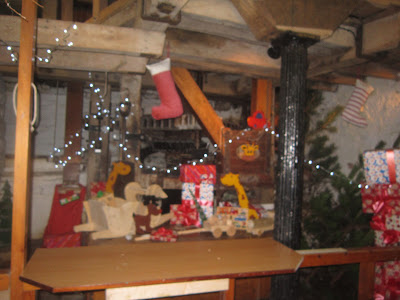 ... but inside it had been transformed by volunteers into the most amazing
and atmospheric Santa's workshop we had ever seen. 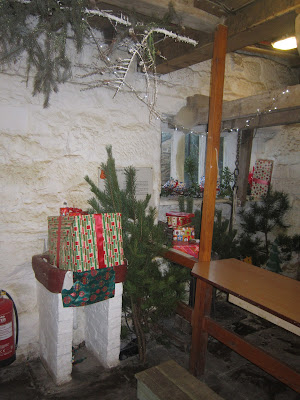 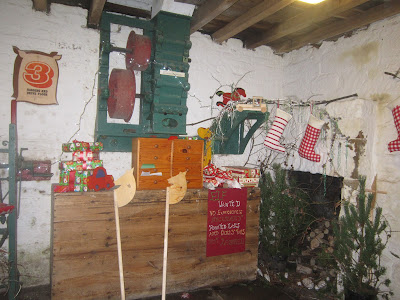 There were so many little details and notes everywhere you looked. 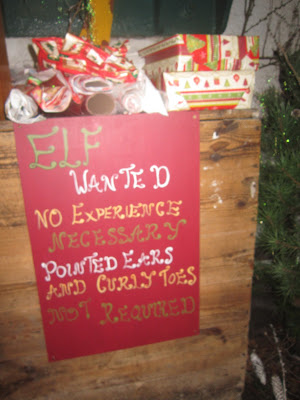 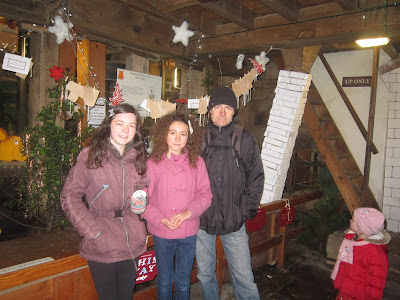 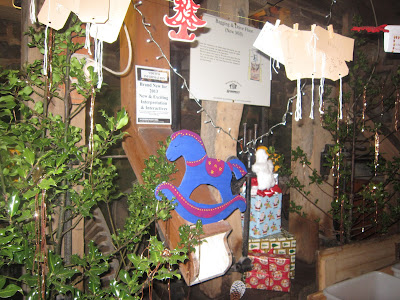 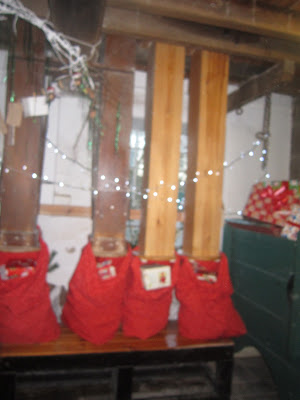 The flour shoots had been transformed to deliver presents into sacks
to help the elves in their preparations for Christmas eve. 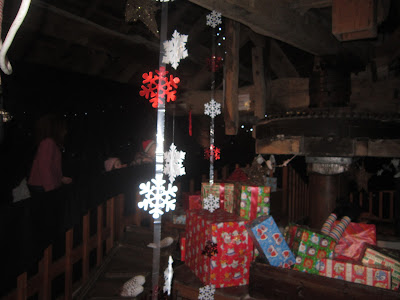 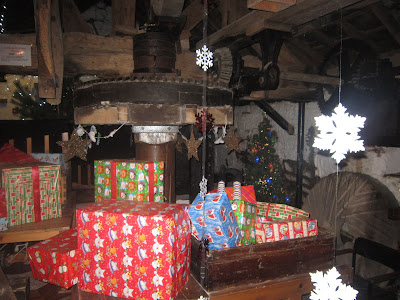 A lady in her 20's was looking around with her Mum and said 'I wish I was a child again'.  The mill was so magical, for adults and children alike. It was not filled with expensive decorations and loud Christmas music or other tacky gimmicks.  There was not a huge entry fee to pay. It had been created by volunteers for the enjoyment of others. 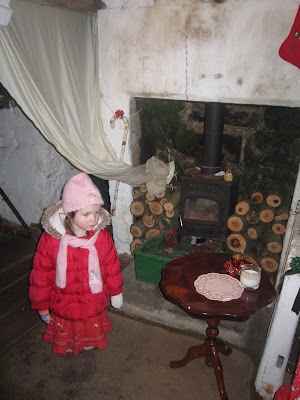 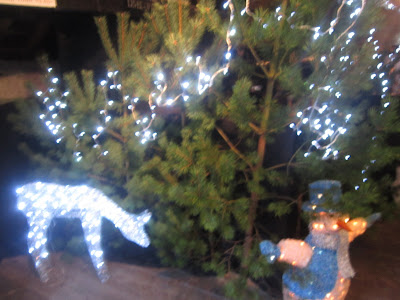 So on a dull December day when I was least expecting it,
I found that magic and sparkle. 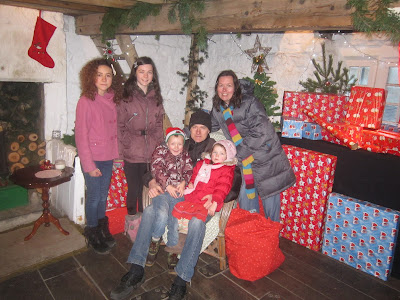 I hope all your Christmas wishes came true.
XXxxxx