From Titus Salt to David Hockney

We passed Saltaire on our way to Haworth back in January, and since then we've wanted to go back and visit. 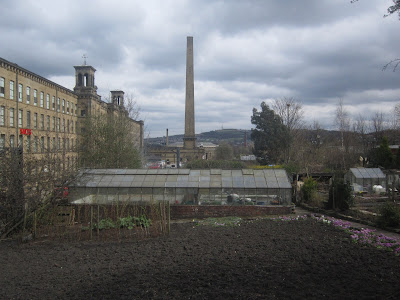 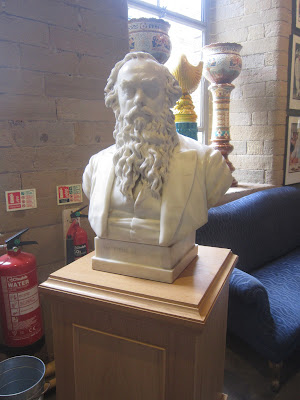 It is named after Sir Titus Salt who built a textile mill
and the village on the River Aire.
'In 1833, Titus spotted a consignment of Alpaca wool stored in a Liverpool warehouse.  No one else was interested in it but Titus thought it was worth experimenting on.  Alpaca was very difficult to weave but his persistence paid off and he found the wool could be transformed into the finest cloth if woven on a cotton or silk warp.  This was innovative and was the key to his lasting success and immense wealth as a textile magnate.  By the late 1840's Titus had five separate mills, was very rich, and had the means to improve the lives of his workers who were still living in sickening conditions.'
Source Saltaire world heritage site 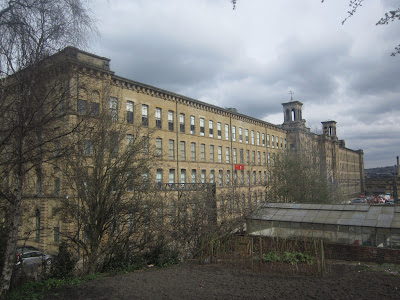 Salt moved his buisness from Bradford out to this new site and built Salt mills.
The mill was a masterpiece of its time and was hugely productive, turning out 18 miles of worsted cloth a day on 1200 looms attended to by 3000 workers. 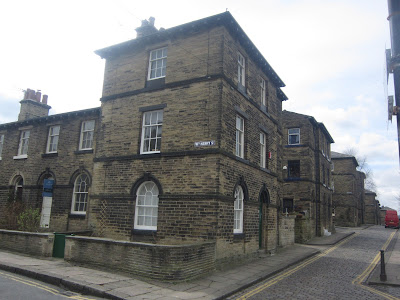 He also built house for his workers, with a supply of fresh water, sanitation and a gas supply. 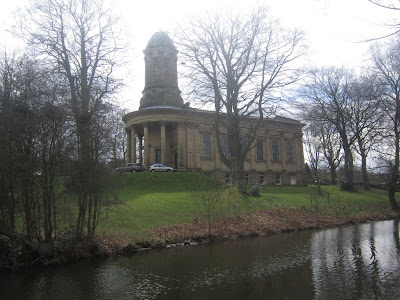 The community became self sufficient with its own shops, hospital, school, library, park and church.  There were alms houses for the poor and elderly, public baths and wash houses. 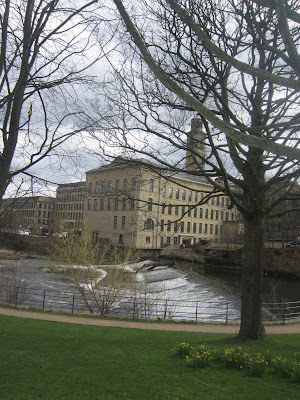 We headed for the park, which is by the side of the river. 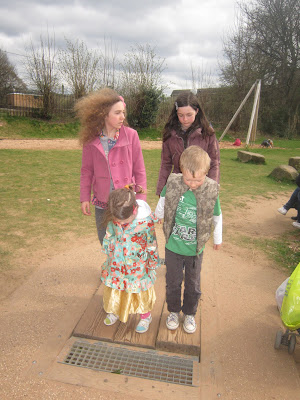 However, the kids didn't want to stay in the park for long,
as on the way there we'd spotted... 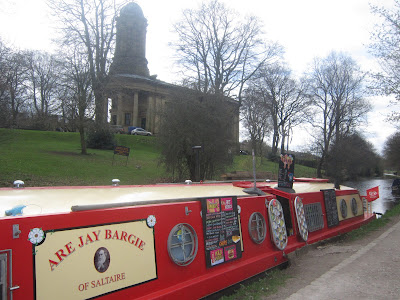 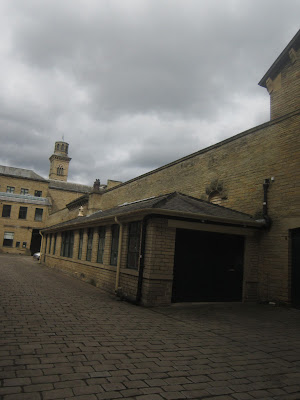 The mills were used until 1986 when they finally went out of buisness.
They were bought by Jonathan Silver in 1987, a friend of David Hockney, he thought it would be a great place to exhibit David Hockney's paintings. 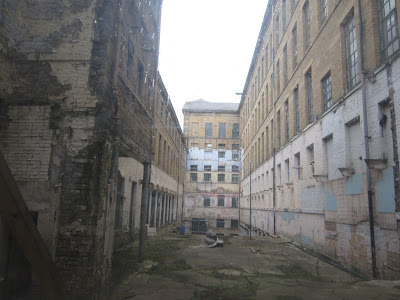 The mill is huge and some parts of it are in bad repair and not used. 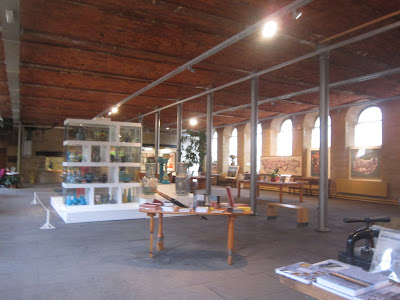 Where it has been developed, the inside of the mill is amazing, retaining lots of original features and lots of interesting objects, beautiful books to look at and buy. 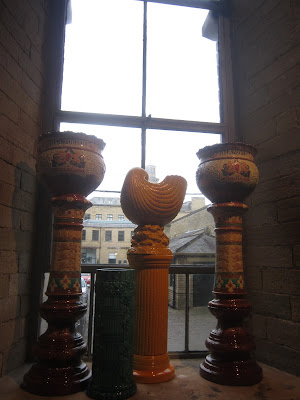 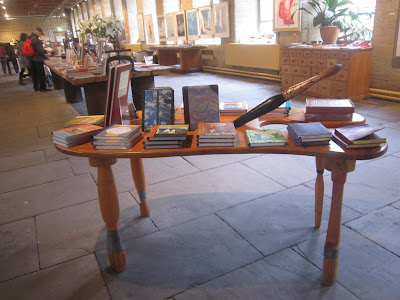 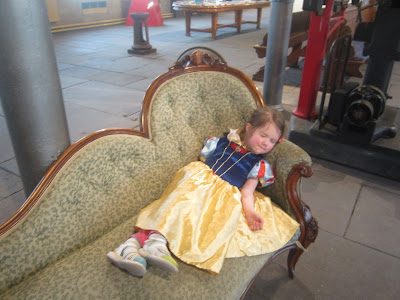 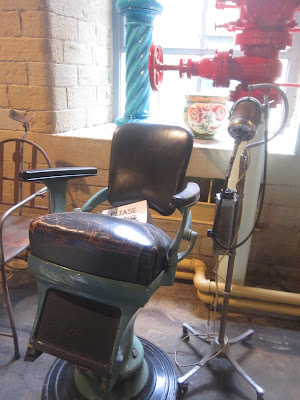 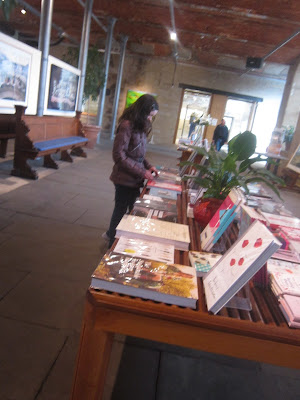 Lots of interesting art books by many famous artists and good quality art materials to buy.
There are many David Hockney's works on display, including Yorkshire landscapes, potraits of family and friends and
Hockney's recent work on ipad and iphone. 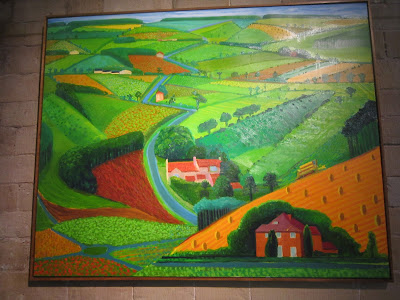 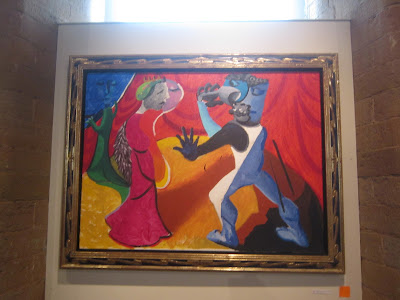 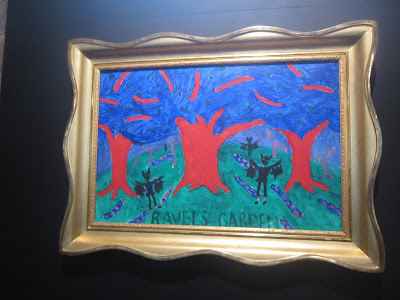 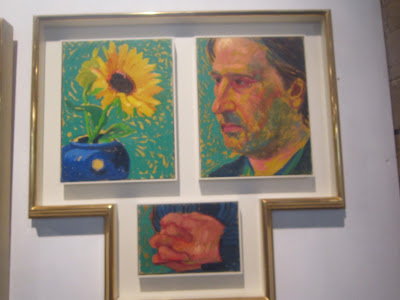 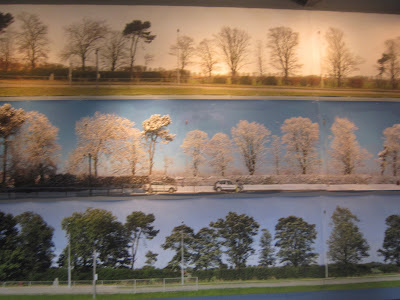 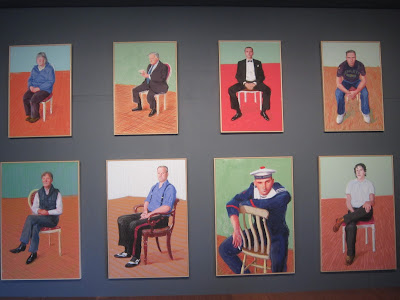 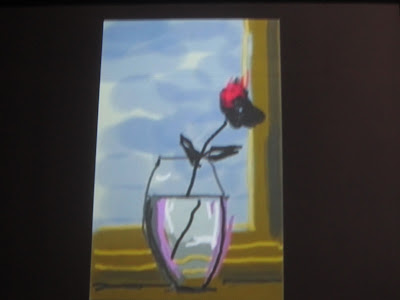 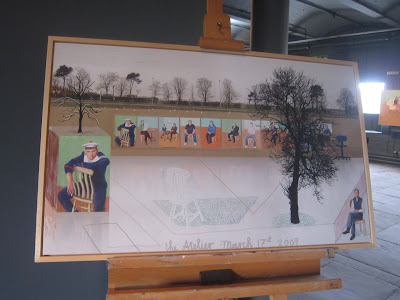 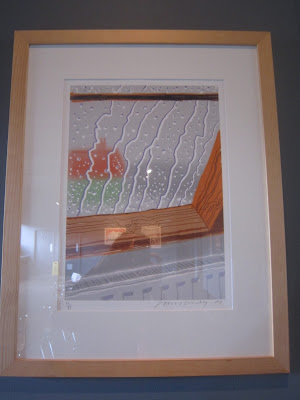 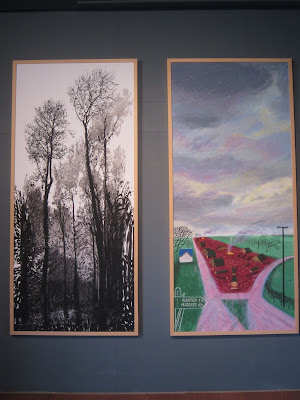 The shop sells David Hockney poster prints. There are really interesting children's books for sale, many that I'd not seen before. There are also small shops within the mill, one selling gorgeous furniture, furniture which has a price tag with three zeros. We spent so long in the mill that there was no time to explore the village, or church. You can find out more about the mill since 1986.
Saltaire is a small Yorkshire town, but a venue such as this wouldn't be out of place in a capital city.
We left Saltaire feeling like we had had a 'proper' day out, and we will definitely be having another visit, in fact I think it's going to be my new favourite place, replacing Robin Hood's bay.
Posted by 4kids, 2 guinea pigs, 1 happy family at 14:50