I've been wanting to go to the annual Pear Day at Cannon Hall for years.
We always somehow manage to forget it or be away on the day. 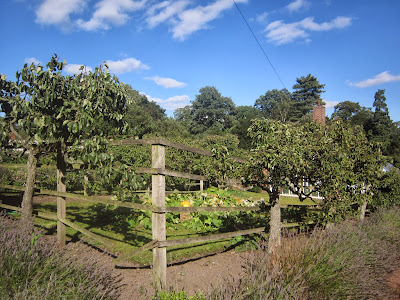 But this year we managed it! 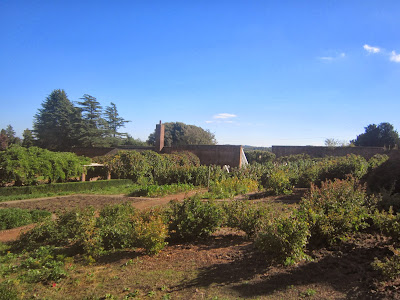 The historic walled garden adjacent to the main hall dates from the 1760s.
The annual Pear day celebrates the pear trees,
which were established there in the early eighteenth century. 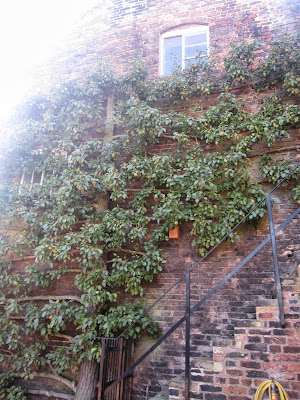 However, they had given out all the free samples of pears
and completely sold out of pears too.
There looked to be plenty still on the trees, but those were not yet ripe!

Although the pears were gone, there were lots of other things to do... 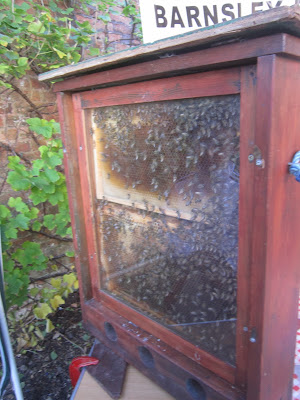 We had a very interesting chat with a bee keeper. 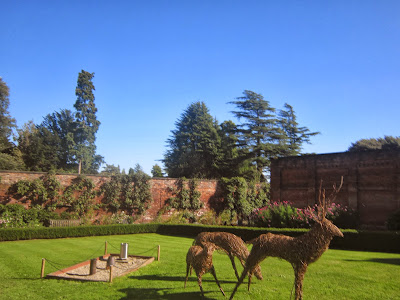 Had a walk around the walled gardens. 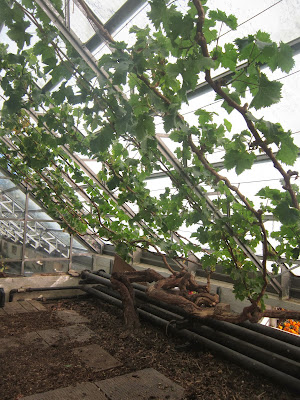 Rosanna and I went into this old greenhouse, not normally open to the public. The greenhouse is home to the 200 year old Cannon Hall vine, which was grown from a seed brought back by John Spencer-Stanhope from the continent in 1802. A cutting of the vine was exported to Australia, cultivated, I was told by the gardener that its descendants produce today's fine Australian wines. 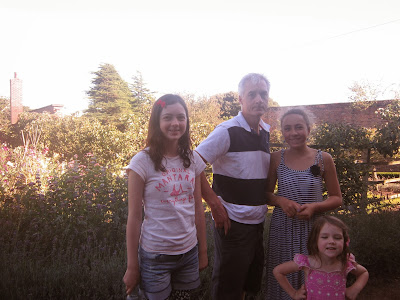 We enjoyed the sunshine. 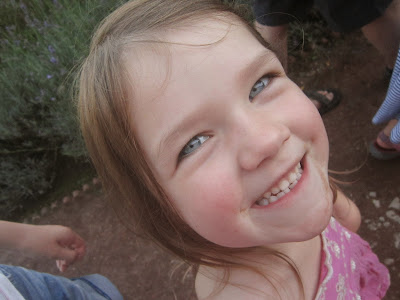 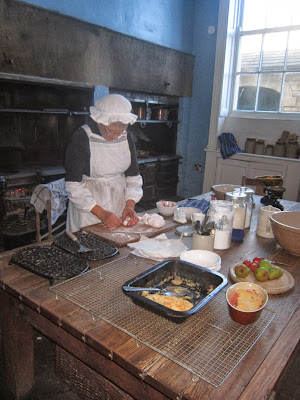 Inside the hall there were Victorian cookery demonstrations, 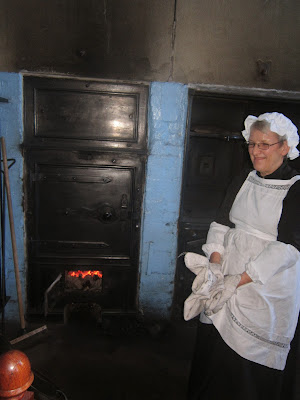 on the old range. 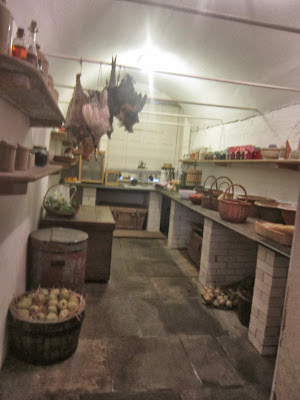 A quick glance into the pantry. 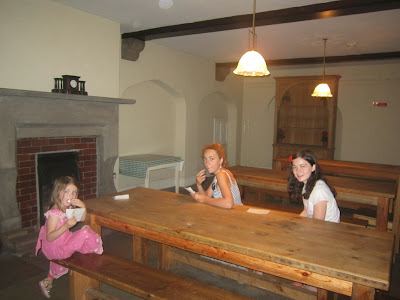 Eating sugar mice in the servants dining room.
We were really surprised by the size of this room.
Compared to Downton Abbey, Cannon Hall is tiny.
But Downton's servants hall appears much smaller than the room above!

Upstairs, Reuben and Geoff had gone off to listen to excerpts from the operas.
The girls and I got there just as it finished!

Up one more flight of stairs to try on the 'Downton Abbey clothes'. 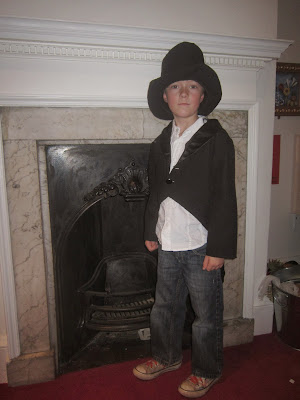 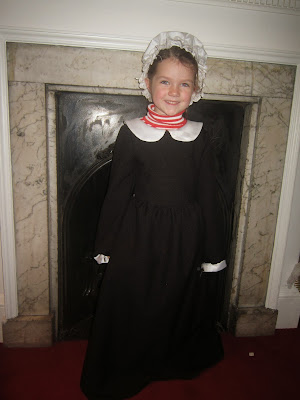 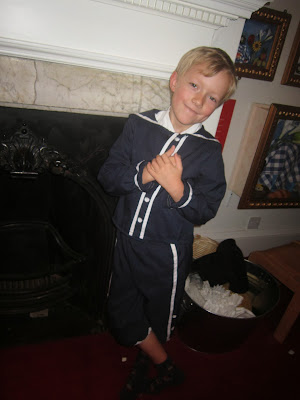 And finally I got to dress my little boy into a sailor suit!
Posted by 4kids, 2 guinea pigs, 1 happy family at 11:45