Back in May while in Canada, we visited the Toronto science fair.
A day of amazing science activities. 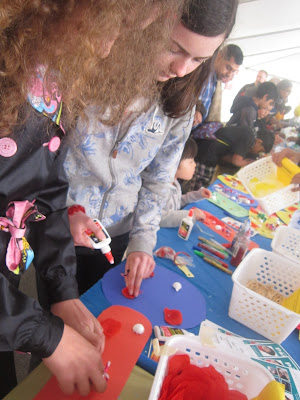 I loved this activity, making a cell using lots of craft materials. 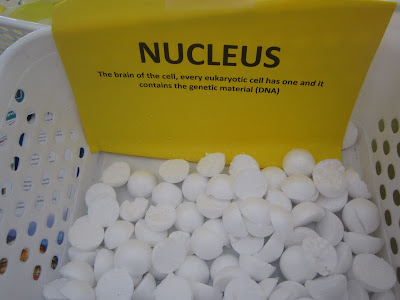 Nucleus - represented by half of a polysterene ball.
The nucleus is the brain of the cell, every eukaryotic cell has one and it contains the genetic material (DNA). 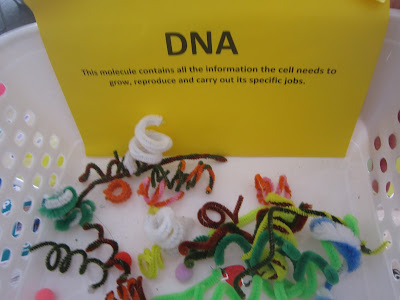 DNA - represented by coiled pipe cleaners.
This molecule contains all the information the cell needs to grow,
reproduce and carry out its specific jobs. 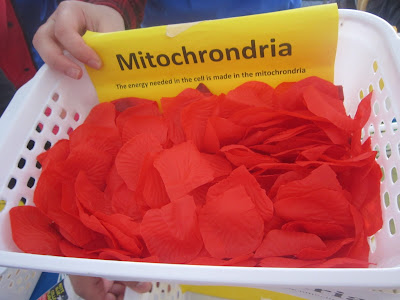 Mitochondria- represented by artificial red petals.
The energy needed in the cell is made in the mitochondria. 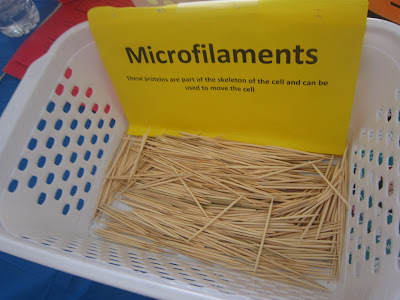 Microfilaments - represented by wooden cocktail sticks.
These proteins are part of the skeleton of the cell and
can be used to move the cell. 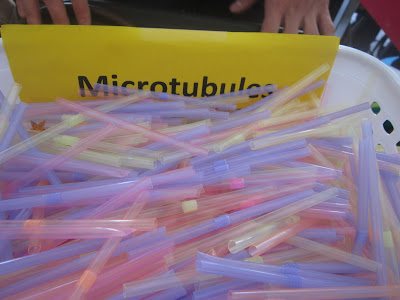 Microtubules - represented by drinking straws.
These proteins are part of the transport system inside the cell. They work like roadways to transport stuff from one place to another in the cell. 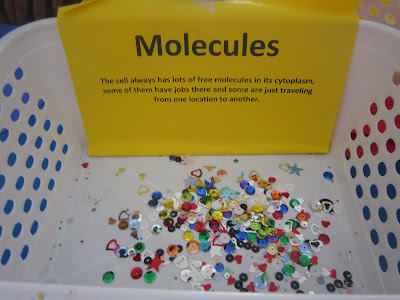 Molecules - represented by sequins.
The cell always has lots of free molecules in it's cytoplasm, some of them have jobs there and some are just travelling from one location to another. 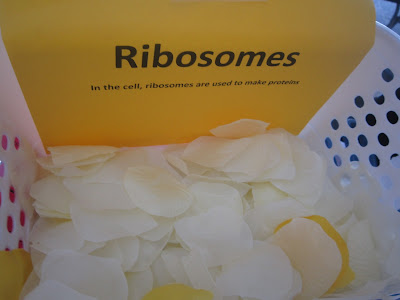 Ribosomes - represented by white petals.
In the cell, ribosomes are used to make proteins. 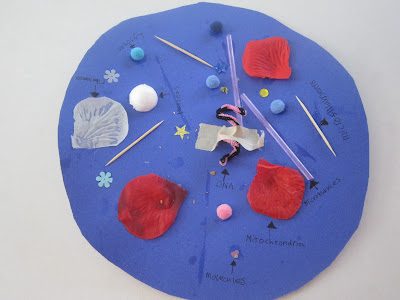 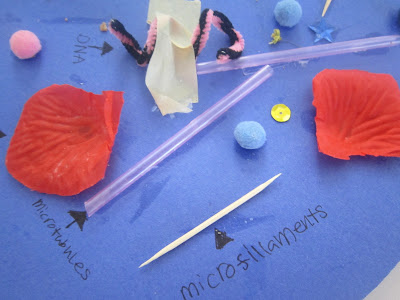 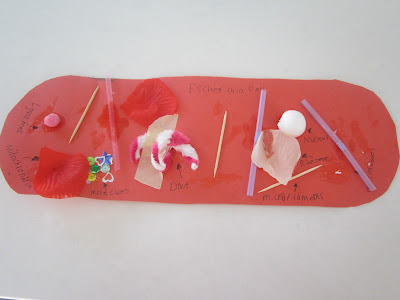 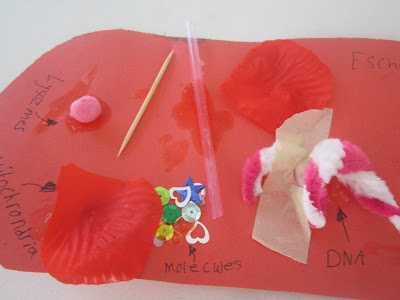 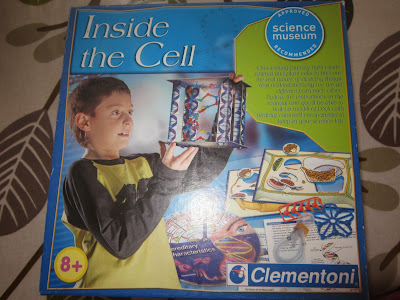 Back home in the UK, we did some follow up work about cells.
We used this science kit 'Inside the cell'. 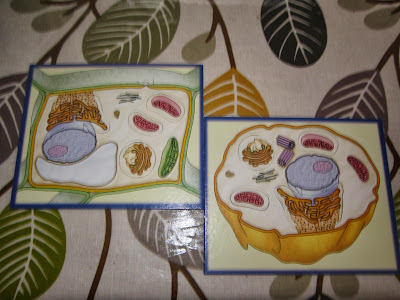 We identified the key components of the cell and
then compared animal and plant cells. 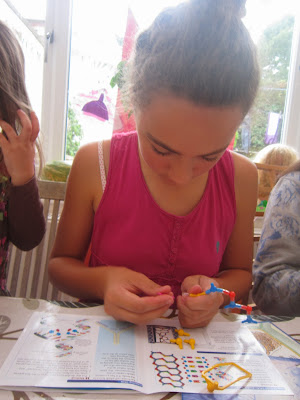 We finished off our learning (for now) by making a DNA model. 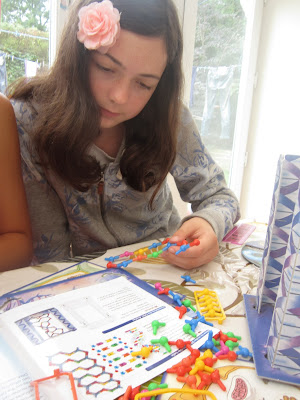 Pairing the bases together. 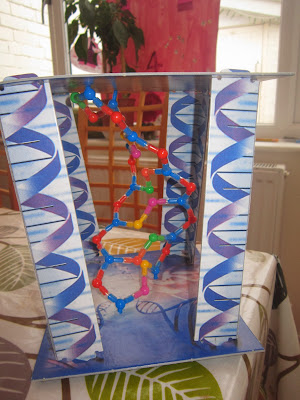 Another great activity from the Toronto science fair is the pollinator game.