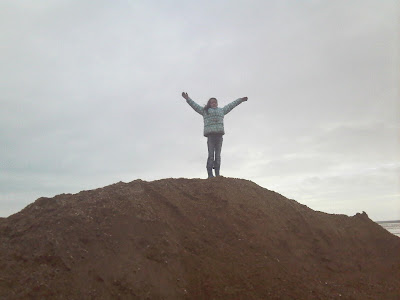 We had to have one last beach session before home. Again an early start, out just after 8am.
The diggers were not on the beach today, but the giant sandcastles were... 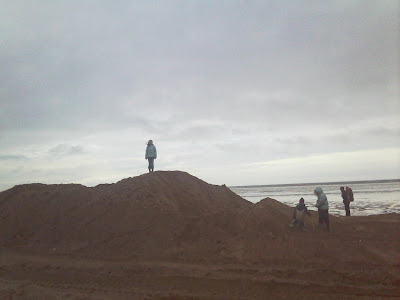 The kids had great fun, running and jumping down the side. 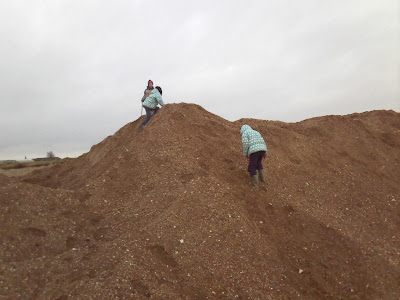 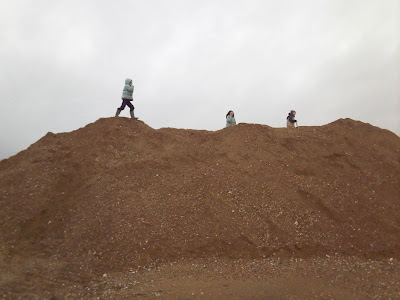 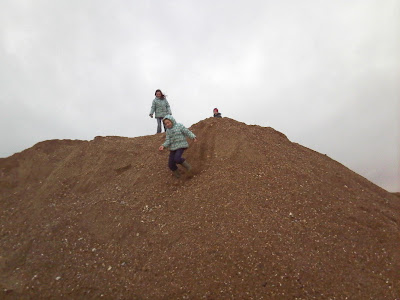 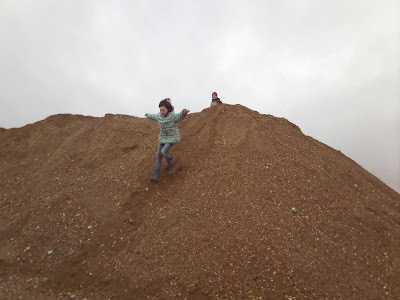 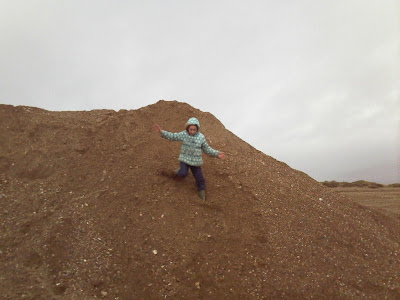 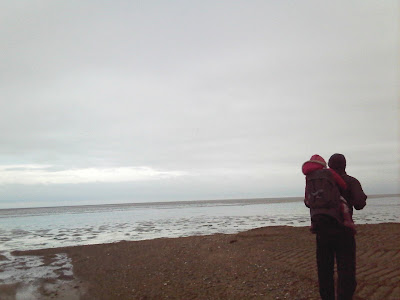 One last look at the sea, before heading back to the chalet, for toast and tea. It's funny how quickly routines develop. Breakfast at 7am, beach just after 8, toast and tea by 10am!! 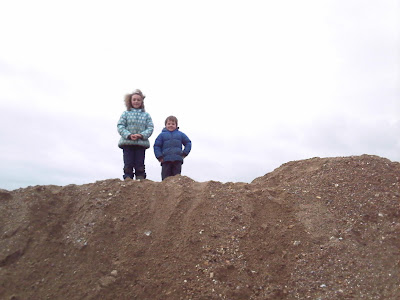 But then the kids wanted to show their cousins the sandcastles. 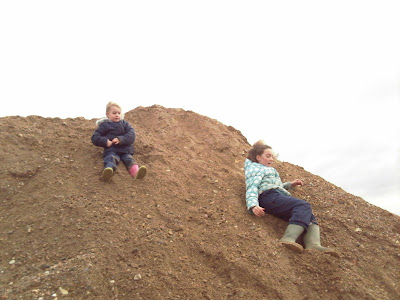 And round two began... 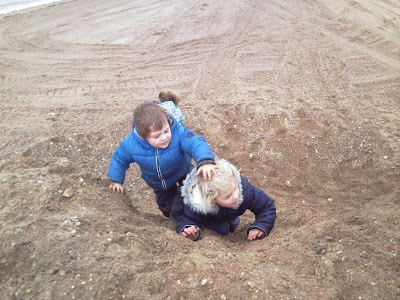 But the leaps were much Wilder, wish I had some photos of Immy leaping off the sides. 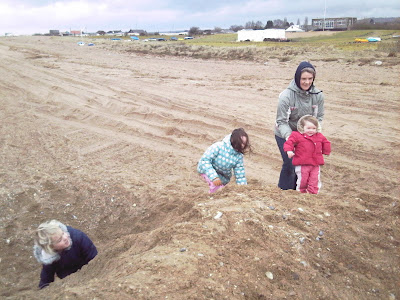 I had to take Rosanna back, she got too cold and needed 'meek meek' to work up. The kids then decided to go in the sea, splash in puddles, but Auntie S drew the line, when one of the kids suggested lying down in the puddles!!! 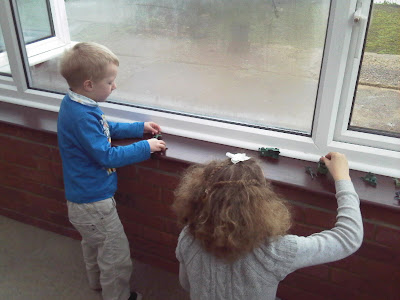 Reuben had a great time, having a boy of his own age to play with. Although on this photo, he's having a game of soldiers with Mima! 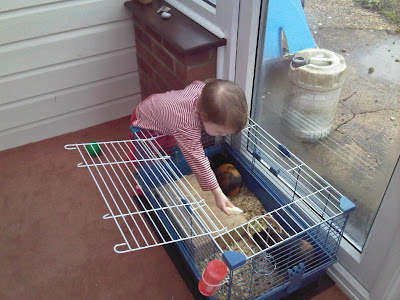 Time to pack up the guinea pigs and go home.
It's so relaxing in the chalet, no television or computers. So even after three days, I felt completely chilled.
Posted by 4kids, 2 guinea pigs, 1 happy family at 10:51