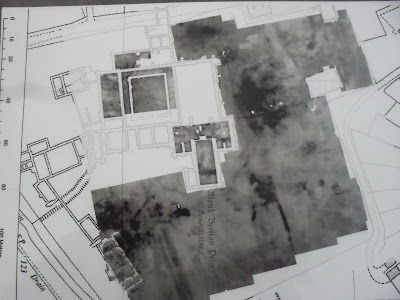 Day 1
Monk Bretton Priory was the site for an Archaeological dig. The site used to belong to the Talbots, who had connections with Mary Queen of Scots, it is believed that a medieval manor house stood on the sight. The archaelogists surveyed the site and found some interesting sites to investigate. It was a fantastic opportunity for the children and we made three visits to the site, to see the dig progress. One site was for the university students, post-docs and volunteers. The other site was for the community, but at critical stages we were not allowed to dig. 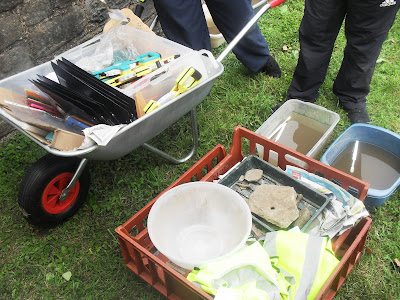 The children were taught to dig correctly, we had to dig one way, so we didn't create an historical looking ridge. 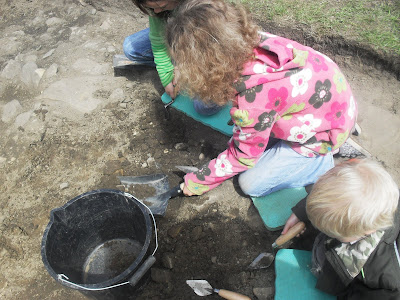 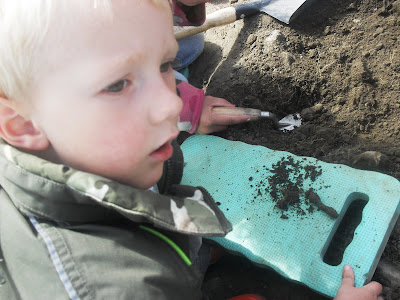 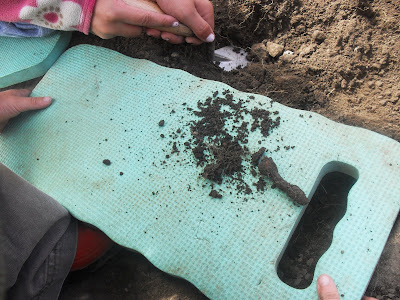 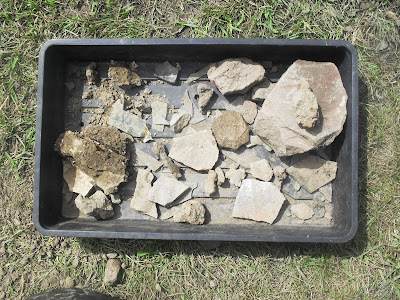 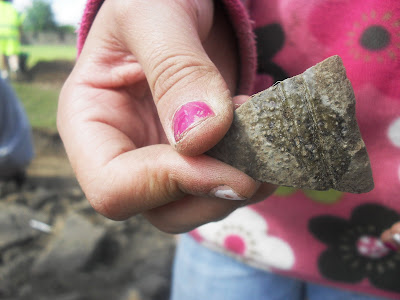 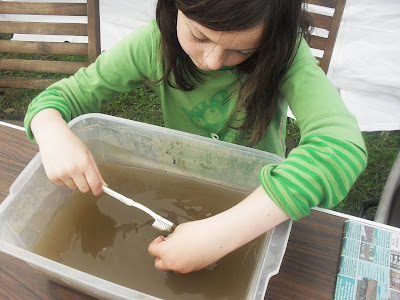 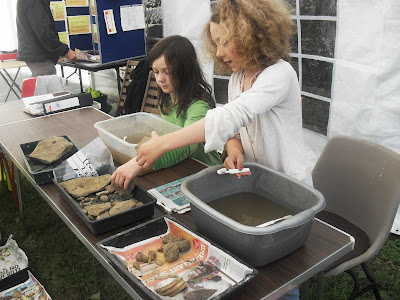 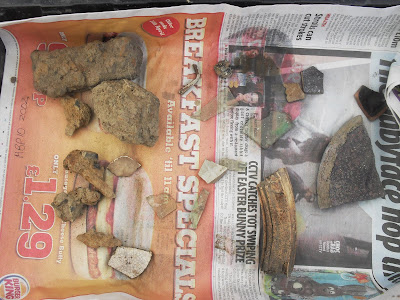 The finds, pottery, glass, slate. These will be displayed in the new museum in Barnsley.
Posted by 4kids, 2 guinea pigs, 1 happy family at 06:03