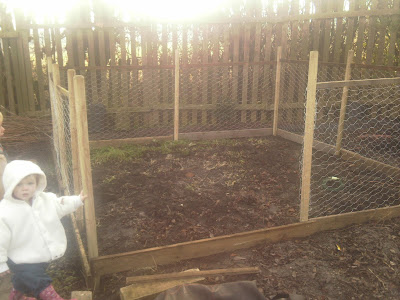 Today we got six chickens. We had three chickens, Eliza, Theodora and Hermione, about 8 years ago. We enjoyed having chickens, but our garden was too small at the last house. We now have about 0.2 acres of land, so plenty of space for six chickens.
I'm really pleased with the chicken house and run that Geoff has made. It would have been really easy to go out and by a ready made house, but not only has he made the house, it is also with recylced wood, too. So nothing on the house has been bought, Amazing! 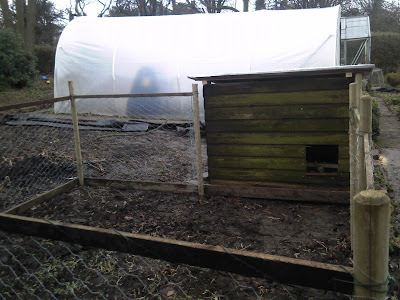 The chicken pen and house, the house is alittle green, but we can clean that off. 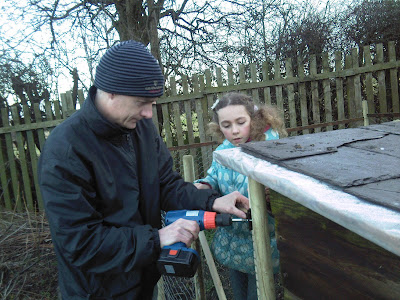 Geoff and Jemima finishing off the gate. 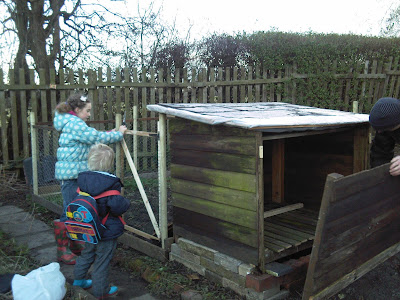 and look the back comes off, so the eggs can be collected. What an amazing husband!
The next job is to make feeders, again hopefully with recycled containers. 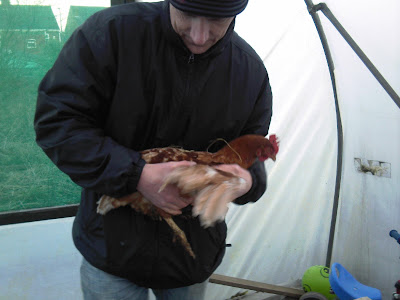 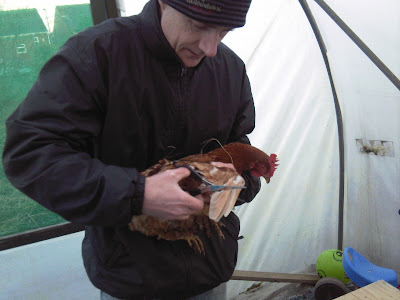 Geoff clipped all the chicken's wings to stop them jumping out of the pen. It's painless, one wing has the feathers cut at the ends. Only one wing is done, so the chicken is unbalanced when it trys to escape. 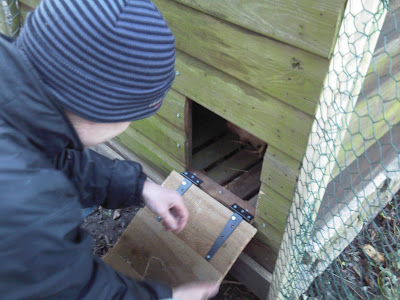 and into the house. 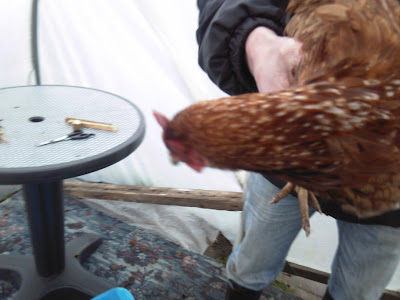 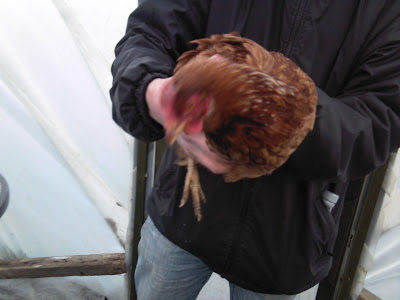 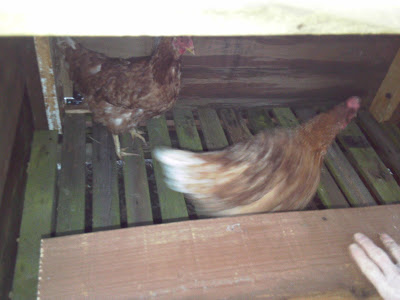 First two chickens in, off to get the other four from the car. The chickens were rescued about two months from a chicken farm, and have been living on a farm with about 200 rescued chickens. They were free range, but are only kept while they are good layers. 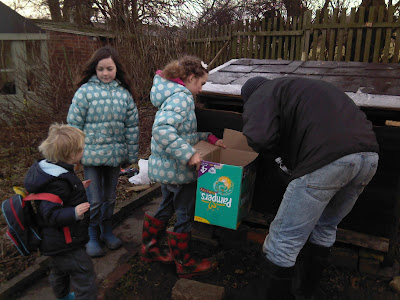 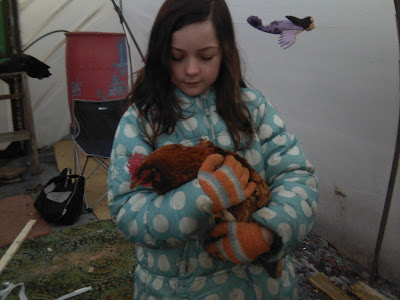 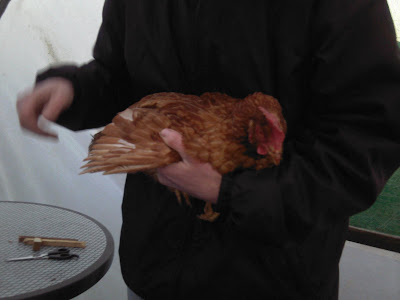 Chicken number 4 Geoff's chicken which I have named Katie Price, this way he will quickly think of a name! 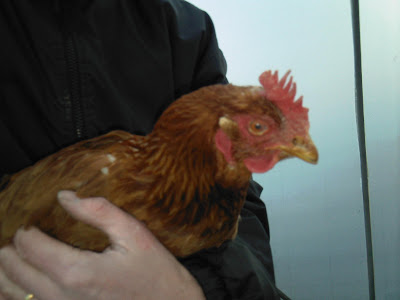 My chicken Tigerlily, at last Geoff's let me use the name Tigerlily! 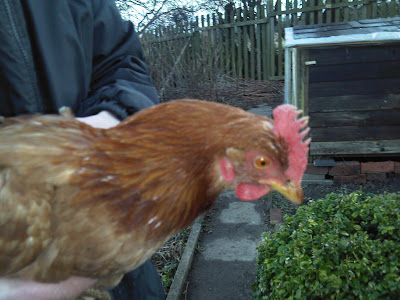 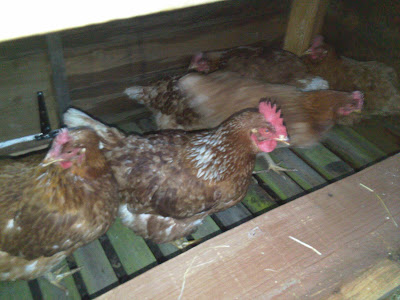 All six chickens in their house, as we left them they sounded so nice making the lovely cooing noises.
Posted by 4kids, 2 guinea pigs, 1 happy family at 10:39