Acid and Alkali experiments for children 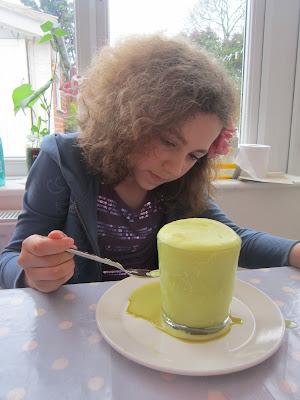 We began with this fun experiment,
mixing acid and alkali together and watching the result!

Pour vinegar into a container, add food colouring and washing-up liquid.
Add a heaped teaspoon of bicarbonate of soda.
And enjoy the fun! 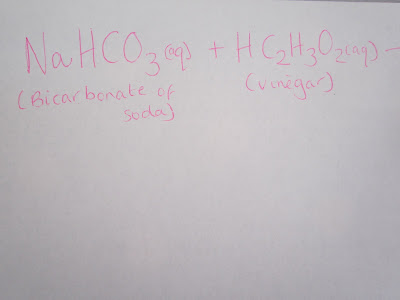 I introduced the chemical reaction to the girls.
We looked at the state symbols and how the equation balances. 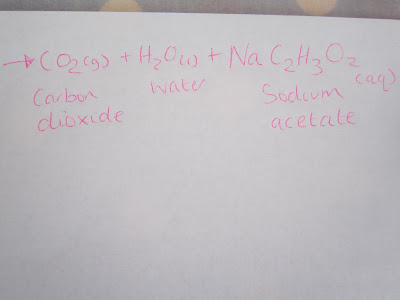 Then we moved onto the 'Dancing Raisin' experiment. 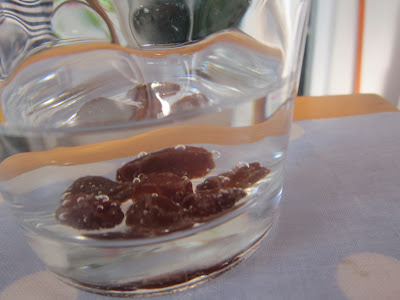 We put water, vinegar and bicarbonate of soda into a glass and added raisins.
We also tried a control experiment, where we placed the raisins in water
to see if they would 'dance'.The girls wrote up the experiment: 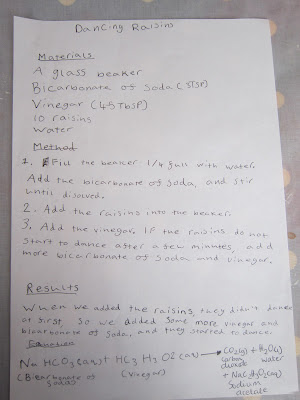 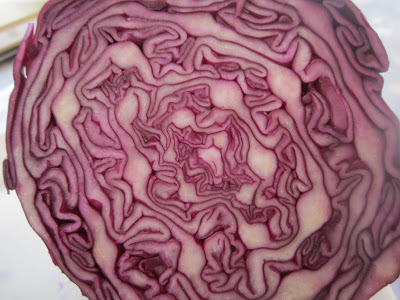 Chop up half a red cabbage 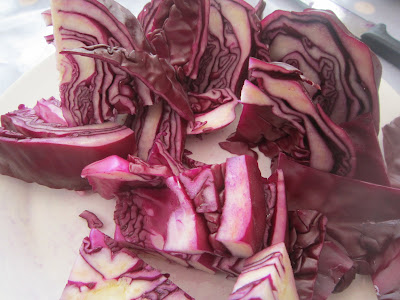 Put it in a saucepan and cover it with water.
Don't add too much.
Boil the cabbage and let it cool.
Sieve and collect the drained liquid. 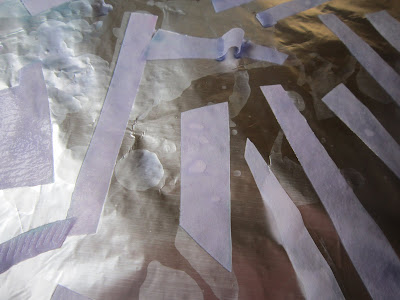 We used coffee filter papers. Dipped them in the liquid and leave them to dry.
We added too much water to the cabbage when we boiled it, so the indicator papers were too pail. Although they did still work. 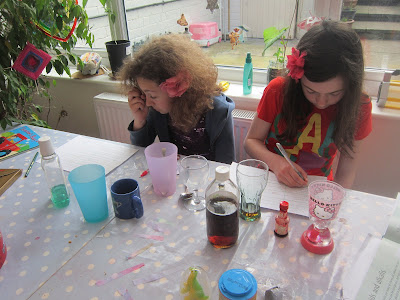 We tested household liquids with the indicator strips. 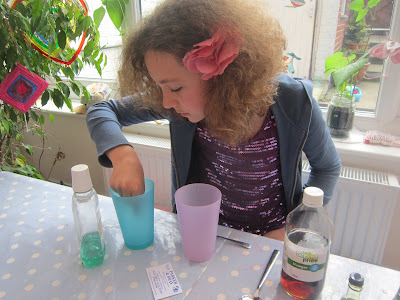 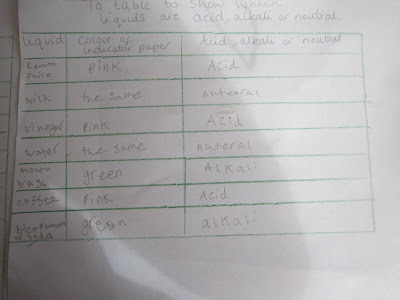 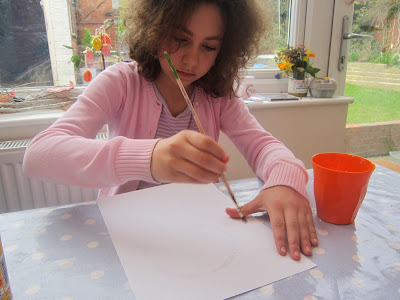 Paint a picture with lemon juice. 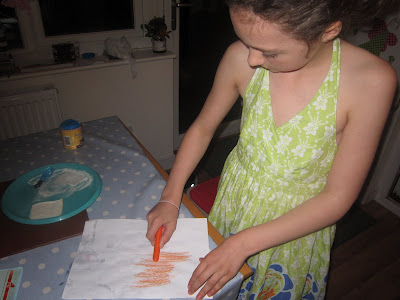 Leave the paper to dry.
Then rub over with a wax crayon and a picture appears!

The lemon juice alters the surface of the paper.
Rubbing a crayon over it allows you to see this. 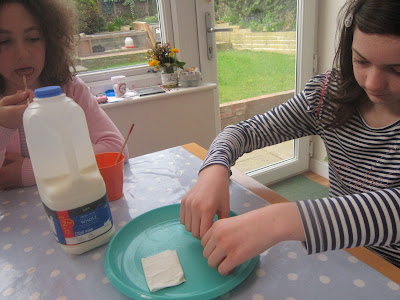 Soak two pieces of paper towel in milk and leave them to dry. 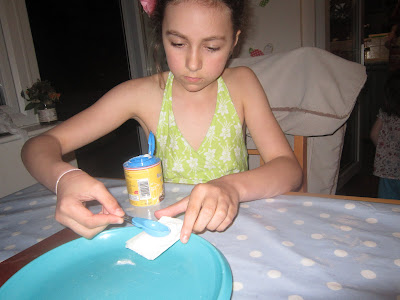 Rub bicarbonate of soda onto one of the pieces. 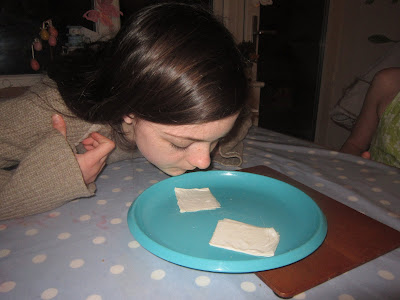 Sniff both pieces!
Imogen hates this photo, so it may get removed!
The bicarbonate of soda is able to neutralize the smell of sour milk.

We all had great fun doing these experiments
and learnt quite a bit of chemistry in the process!