It was one of those phone conversations I didn't want to have, 'what are the girls doing?'. Shall I lie, and say they are playing the piano, practising French, but no I told the truth. 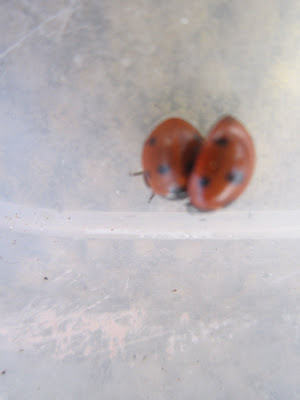 They are taking photos of mating ladybirds!
It's not because I felt embarrassed,
it's more that home education often looks very different to school. 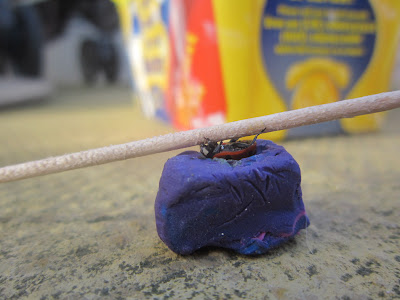 This led onto a whole new role as they cared for the pregnant ladybird.
Here she is on her birthing ball! 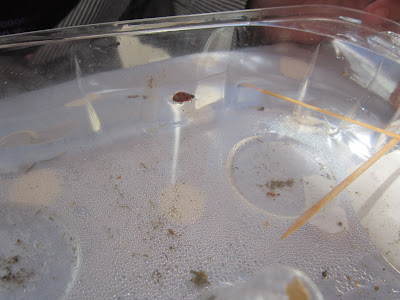 Trying out the birthing pool 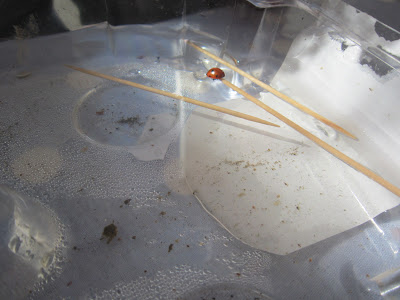 There was even talk of an epidural!
The girls wondered if the eggs were layed in the birthing pool,
that maybe they would be able to swim at birth, and so a discussion about evolution. 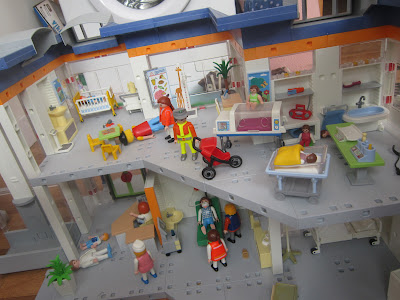 Later that week out came the Playmobil hospital. 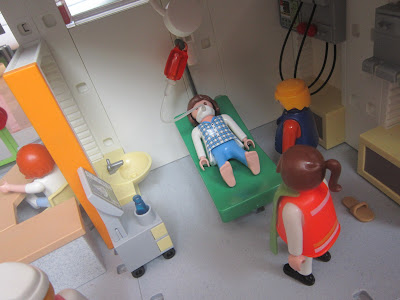 and an heated debate as to which position is best to give birth! 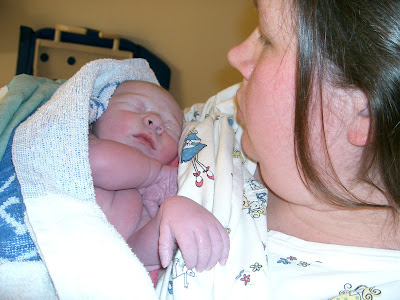 The girls came into the labour suite shortly after I'd given birth to Reuben, they were 5 & 7 at the time. Two years later when I gave birth to Rosanna, they asked if this time they could see the baby after everything had been cleaned up!