We didn't get off to a good start last week. The plumbers were fitting the toilets, an easy job we thought until an electrical cable was drilled through. Then Geoff lost his keys and I got a really awful headache. We had to move lots of our stuff quickly for the plumber, so we ended up with a big pile of clothes, toys and shoes in the middle of our home ed room!
As the week went by I got more and more tired. I was pleased when Geoff took the day off on Thursday, it gave me chance and space to think. I de-cluttered and sorted the messy pile and organised a lovely day of Easter crafts for me and the kids... 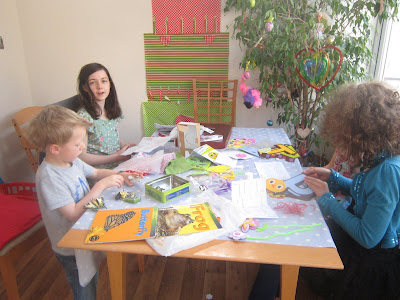 I love to see the children together, all doing different things, but happy being together. It's a question I have to answer a lot, 'How do you manage the different ages?'

Reuben played with the tadpole and caterpillar set. 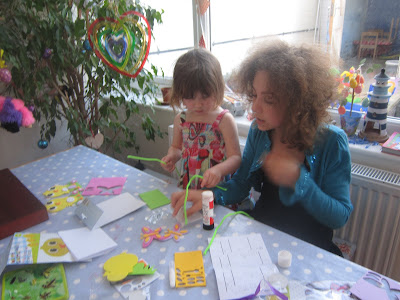 Jemima and Rosanna made foam flowers and butterflies. 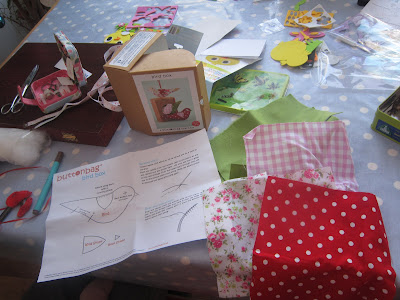 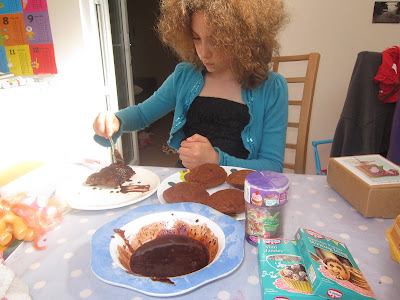 By 10 o'clock, we had started making buns! 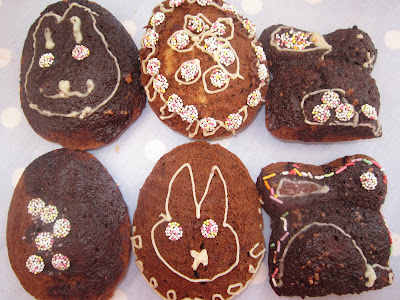 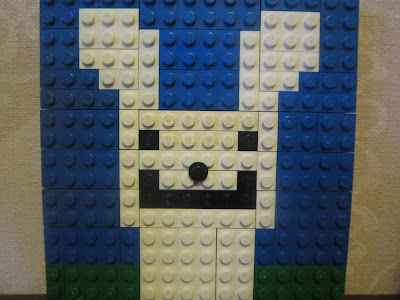 Imogen made this Easter plaque out of Lego, she drew out the design first on paper.
Imogen says I've infringed her copyright, so if you want to see her version, click here 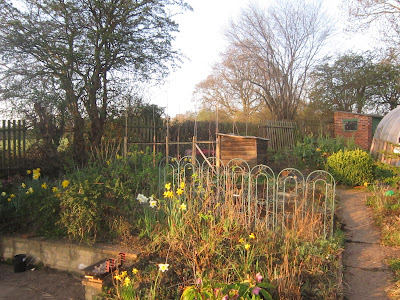 In the afternoon we went up to the big garden to enjoy the amazing sunshine. 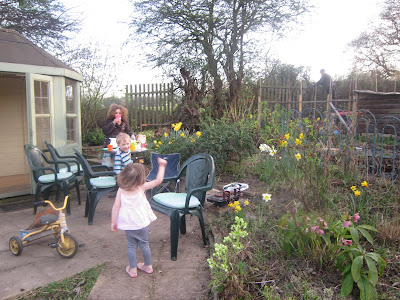 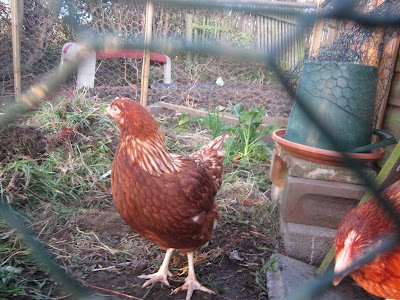 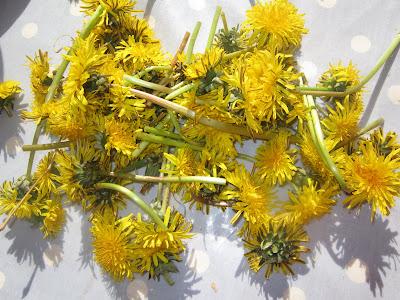 As I was weeding, Reuben decided he wanted to make dandelion juice. There were plenty to pick in the garden. 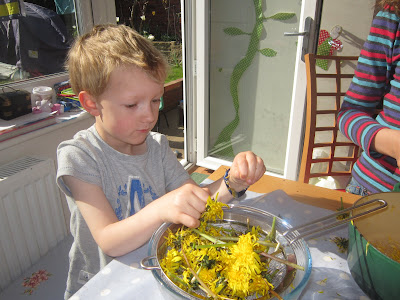 We pulled off the petals 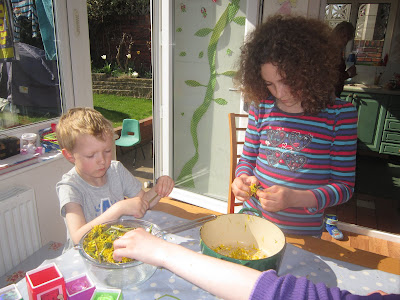 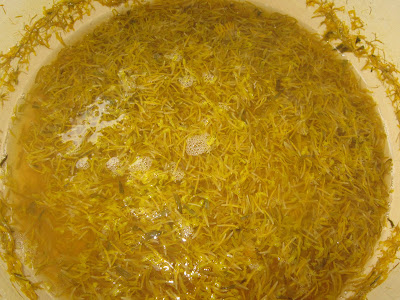 Boiled for a few hours, cooled and then strained 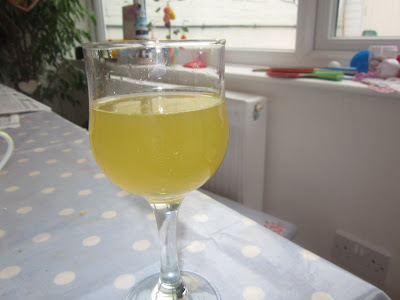 I wonder if you can make Dandelion wine? 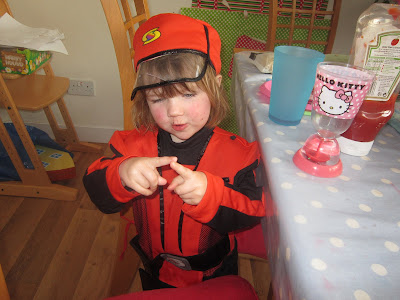 And after a full day of activities, Rosanna dressed up, I think it's inspired by the new cbeebies character Tree Fu Tom, which Reuben and Rosanna love. She's singing twinkle twinkle little star, like super heroes do!!!
Posted by 4kids, 2 guinea pigs, 1 happy family at 14:11